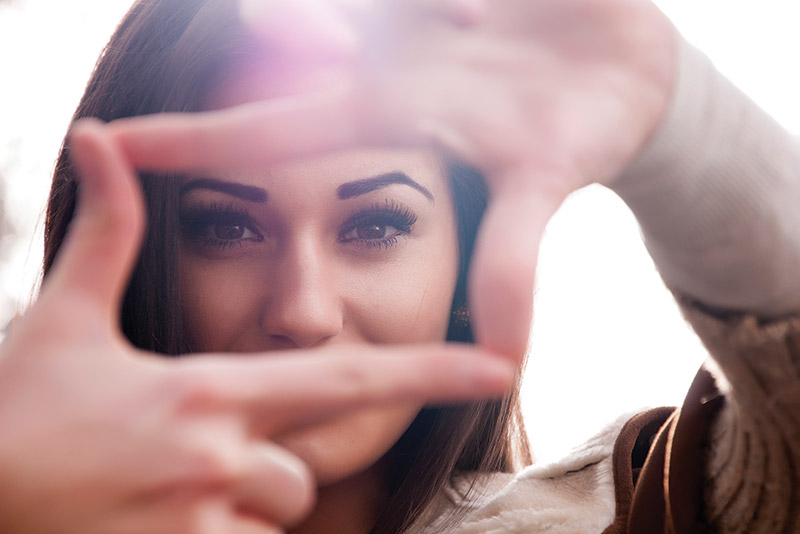 With an estimated $164.4 million spent worldwide on eyebrow products – pencils, pomades, gels and powders – it’s not surprising that everywhere we turn someone is having some type of service done at a spa or salon to improve the look of these important features.

Oprah Winfrey has been quoted as saying that whenever she has her eyebrows waxed she’s accused of having a face lift. A dramatic difference to one’s look can be achieved by treating brows and there are several options which range in price and longevity. Simply having the brows shaped by removing excess hair is a first step toward more defined eyebrows. Determining the best shape is art and science. There’s a mathematical formula that takes into account the relationship of angles and spacing of eyebrows, nose, inner and outer corners of eyes, how deeply set the eyes are and how high the brows sit on the forehead, according to Nina Badr, co-owner of N U Hair and Make Up Studio.

She adds that the type of eyebrow hair must be taken into consideration. The hair’s coarseness, fineness, denseness and patchiness must all be factored in when deciding the type of tint used.

Brow tinting or colouring by a qualified stylist can be either permanent (lasting five to eight weeks) or temporary (lasting up to two weeks). Ageing affects the colour of eyebrows as it does the colour of the rest of our hair. “We can look like we’re fading out,” says Katina Kritikos, owner of Ethos Rejuvenation Centre, “so using a colour slightly darker than our hair can make eyes pop.”

Faces aren’t perfectly symmetrical; shaping the brows can correct this and make them more balanced. Badr says, “Eyebrows are sisters, not twins.”

When people try to shape their own brows, they are standing a few inches from the mirror and can get distorted results. This is one treatment that’s better done by a professional, rather than as a DIY project.

One way to achieve a balanced look is waxing. This is often accomplished by using a soft wax that has been warmed; it’s applied with a disposable stick (that’s not re-dipped into the pot). A muslin strip is applied over the wax and then quickly removed, taking unwanted hair with it.

Threading is a hair-removal method employed to remove unwanted hair on eyebrows, face, chin or other body parts. Both methods must be redone every few weeks as hair regrows.

Microblading is a longer lasting way to maintain the shape and colour of eyebrows that has experienced a surge in popularity over the past couple of years. Fitness junkies, swimmers, beach babies, and people who just like to get up and go all appreciate not having to use a pencil, powder, gel or pomade to achieve great brows.

When Gale Granger, 43, wanted a different look for her eyebrows she found she couldn’t grow them after plucking them into a thin line for years. She sought help in the form of microblading at Artistic Esthetic Spa. “I love it because they give me the confidence I never had before,” she says.

As with other types of eyebrow treatments, the most flattering shape is determined and drawn on to the skin. The esthetician uses a fine blade to create hair strokes in the skin to implant the pigmentation for the brows. Periodic waxing or threading has to be done to remove excess hair and maintain the shape of the brow.

According to Charlene Jones, co-owner of Artistic Esthetic Spa, microblading causes scarring so it can be done a limited number of times. Many clients who start out with microblading decide to have a micropigmentation (tattooing) treatment done for eyebrows that look great for five to 10 years.

Nola Taylor, 80, had micropigmentation done 10 years ago and still loves the way they look. “I just wanted it to be less time consuming than putting on a pencil each morning. I don’t have to worry about my eyebrows. Just the best thing I ever did,” she enthuses.

With micropigmentation, a digital machine applies a mineral oxide-based pigment to the dermal layer of the skin, according to Jones.