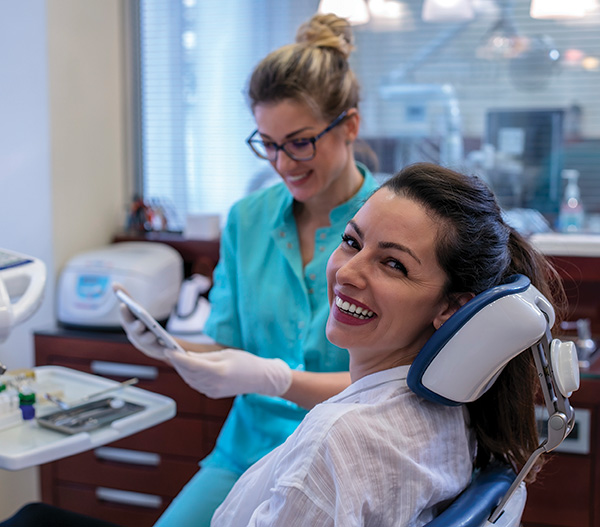 The Johnathan Swift quote: ‘I’m as old as my tongue and a little older than my teeth’ highlights mankind’s long-time fascination with dental health. Enjoying new teeth that look and function like natural ones is making dental implants an increasingly popular choice for baby boomers. 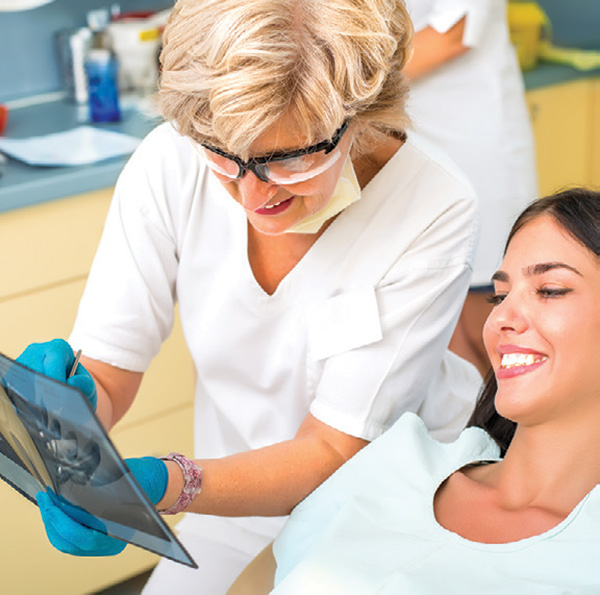 Dentures and bridges have long served as substitutes when one’s teeth were missing-in-action for chewing and filling out a smile but dental implants have been surging in popularity, according to Dr. George Aiello, an oral and maxillofacial surgeon at Interface Centre for Oral and Maxillofacial Surgery. He thinks that aging boomers are feeling more positive about the process than generations previous. More manageable costs for the procedure are also helping foster the surge.

According to News Medical, archeologists found a dental implant in a thousand-year-old mummy of an Egyptian king so they aren’t a new invention but they didn’t come into common use until the 1960s.

Dr. Hesham Sherghin, a general dentist at Villagewalk Family Dental, has noticed that implants have become more popular over the last five years. “It’s becoming a more routine procedure with a very high success rate,” he explains. “As more people are having it done and then talking to their friends and family members about the experience – and the fact that the procedure is less painful than they anticipated – causes others to also want to have it done.”

Dr. Aiello says that many of his patients are concerned with the aesthetics of loose bridges and dentures as well as missing teeth, but many more are looking to improve their ability to chew properly. “Loose dentures can hamper overall health if they have to eat softer foods and happiness if they are concerned that their dentures or bridge is going to fall out while talking,” he says.

While the bulk of patients are over50 years old, many are younger peoplewho have lost teeth due to a sportinginjury or motor vehicle accident. Some dentists, like Dr. Sherghin, do the entire multi-step procedure in their own offices, while others refer patients to surgeons, like Dr. Aiello, for the surgical portion of the procedure and then do the final work in their own offices.

In either scenario the process is similar. Patients visit the office for an initial consultation to see if she/he is a candidate. X-rays, CT scans and examinations determine if the bone is sufficient or whether a bone graft is necessary.

Factors that may rule out someone as a candidate include uncontrolled diabetes, heavy smoking, taking some medications (usually for cancer).

During the consultation process desired outcomes are discussed; the procedure is outlined; a surgical plan is confirmed, and finances are discussed. Costs range from $3,500 and up, depending on the number of teeth being replaced and whether the implants will be crowned or used to snap in a denture. Some benefit packages are beginning to cover a portion of the procedure.

When the patient returns for the procedure, a general or local anesthetic will be used. Dr. Sherghin says that many are surprised that the procedure is less painful than others they may have had in the past, like tooth removal or root canal. “We’re placing the implant in bone, which doesn’t have many nerves so it’s less dramatic,” he says.

The surgery may take as little as 30 minutes for a single implant, according to Dr. Aiello. He says that after the site is prepared, a series of increasingly larger drills are used to make a hole for the implant. Then a self-tapping screw is placed in the hole and is tapped into place.

A temporary crown may be placed on the implant while the healing process of two to six months takes place and the implant and bone are integrated together. Then a permanent crown is fabricated and placed on the implant. Implants are cared for like natural teeth by daily brushing and flossing at home and by receiving regular cleaning and checkups at the dentist’s office.