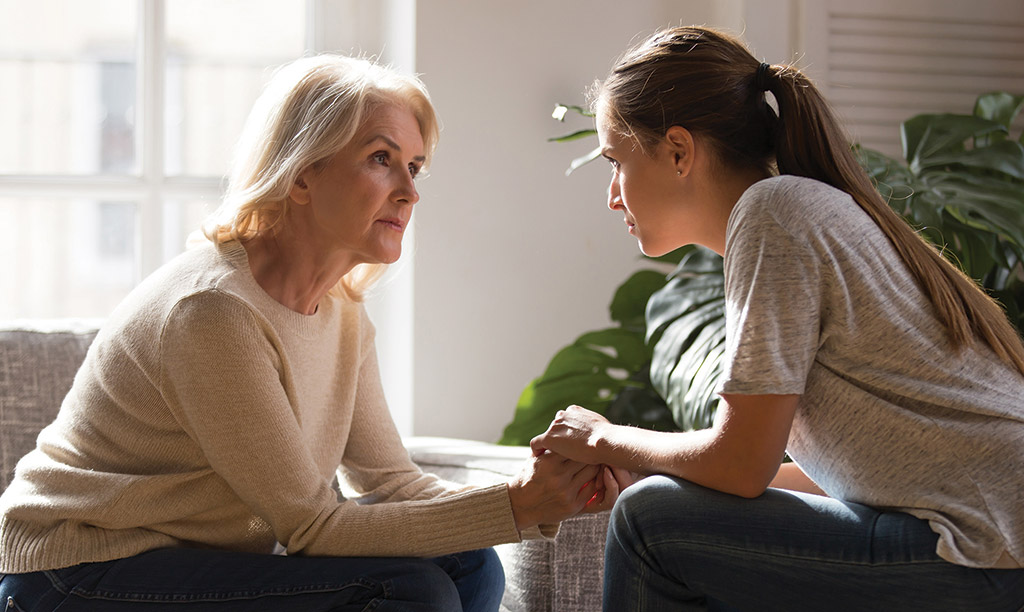 The Emotional Toll of Codependence

“If we don’t have a healthy, secure attachment to caregivers in childhood, then we can get stuck in an unhealthy attachment.”

Are you depressed or anxious, have low self-esteem or are often described as a ‘people pleaser’?

Most people feel like they suffer from one or more of the above feelings from time to time, but if these feelings become overwhelming it could signal that you might be in a codependent relationship. This doesn’t have to be a romantic relationship. It could be a parent-child relationship, a sibling relationship or those with friends or co-workers.

WHAT DOES THE TERM CODEPENDENCY MEAN?
A state of mutual dependence between two people, especially when one partner relies emotionally on supporting and caring for the other partner.

HOW DOES ONE BECOME CODEPENDENT?
According to a private practice therapist in Toronto, Dr. Anne Dranitsaris, Ph.D., it is about human attachment and how we bond. “If we don’t have a healthy, secure attachment to caregivers in childhood, then we can get stuck in an unhealthy attachment.” She says that these could be one of three styles of attachment that can define your behaviour: anxious, avoidant and chaotic.

• ANXIOUS ATTACHMENT
The minute a relationship is formed, the codependent becomes anxious about it and will start thinking “will he/she love me if I don’t behave ‘right’?” The codependent gives the other person more authority over his/her activities than he/she has.

• AVOIDANT ATTACHMENT
The codependent doesn’t form relationships. But if he/she does have a relationship, he/she acts solo. For instance, this could define a person who is often described as a ‘player’ or someone who is an emotionally absent parent, who does not engage with a partner or children.

• CHAOTIC ATTACHMENT
This codependent frequently picks fights with partners. He/she will pull the partner close and all will be fine for a while but then will get emotional and cause a fight, thus pushing the partner away. This can be a very volatile situation.

She has written a book entitled Power Past the Imposter Syndrome and states that there is often a crossover between imposter syndrome and codependence because they come out of the same developmental delay. Mary Rodenhurst, a London-based social worker-therapist, agrees.

“There are emotional traits from childhood that could lead to issues with codependence.” This can evidence itself with the codependent displaying ‘learned helplessness.’ The family of origin had a lot of dependence issues, leaving the person vulnerable to be manipulated (a doormat) or being a manipulator (a narcissist).

If the child was largely ignored because mom and dad were distracted from parenting by work or their own addictions (or being an enabler), this could lead to the codependent being a doormat. Conversely, if the codependent was ‘the centre of everyone’s universe,’ he/she could display narcissistic tendencies and need constant reinforcement.

“It can get really complex and have many layers,” says Rodenhurst. Dan R. is vice-chair of CODA (Co-dependents Anonymous Canada) and a recovering codependent. He recognized that he was a codependent 11 years ago through another 12-step group and joined CODA, as well. “I was blaming everyone else for my problems; it was everyone’s fault. I was trying to fix them because it was their fault. I was controlling and didn’t like being told what to do.”

CODA is a 12-step program with approximately 100 groups across Canada. Anonymity is part of the code of conduct in these groups, so Dan R. asks that his last name not be used. Like many codependents, Dan R. was raised in a family where one parent was substance-addicted and the other was an enabler.

WHAT ARE SOME OF THE SIGNS THAT ONE IS CODEPENDENT?
Both Dranitsaris and Rodenhurst point to recognizing self-soothing rituals to help decide whether codependence could be an issue for an individual. Think about these: if another person’s opinion of you is more important than your own; if you feel that you cannot say no to anyone and are a people pleaser; if you are afraid to be alone and are in serial relationships that do not work out.

Rodenhurst says that when someone who could be described as “a shell of a person” comes to her for therapy, she sees that as a sign. “Their self-esteem has just bottomed out. They have nothing left.”

If he/she comes in to get help to ‘fix the relationship,’ then that is often a sign that he/she is on the other end of the codependence spectrum. He/she is trying to fix others, instead of looking inward.

Dan R. agrees that self-soothing behaviours like working 12 hours a day to impress your boss crosses the line. “When having acclaim and approval are necessary to feel good about yourself – that’s a sign.”

Dan R. says that having expectations of other people is a way of controlling them and therefore a sign. “I may ask but I expect them to say yes. If they say no, then I’m setting myself up to be hurt.” He adds that this situation can escalate and become volatile.

WHAT CAN ONE DO TO END THE CYCLE?
Dranitsaris advises: Learn to say no. You will have to learn to tolerate feelings of anxiety and guilt when you do. Mindfulness is described as being conscious of your behaviours at the moment.

Dranitsaris explains that noticing “when your mind and your body are in different time zones and retraining the brain” is an important step in recovery. You shouldn’t be in one place while your mind is thinking about what your partner is doing or thinking or anticipating how you can help or please him/her.

She also advises setting a mindful intention every morning to stay on your own agenda, and not let someone else’s dominate your day.

Journaling is also helpful, so you can see repeated patterns and learn what you’re writing about every day, she adds. This can reveal your ‘story’ of how you became codependent. Dan R. says that setting boundaries is an important part of his recovery.

"In recovery, I've learned that a boundary is letting someone know about something that is happening that I'm not comfortable with." Learn to make decisions on your own, but start small, advises Rodenhurst. Learn to set limits and boundaries for your relationships; overcome your fear of being alone – these are all activities that will lead to recovery. “Being more independent and not relying on your partner for approval will help. Being more self-reliant will help build your self-esteem.”

Learning to move past codependence is important for your own development, as well as your children and partner. You probably became codependent because of behaviours demonstrated in your family of origin, but you can stop this sad cycle before you pass it on to your own kids.