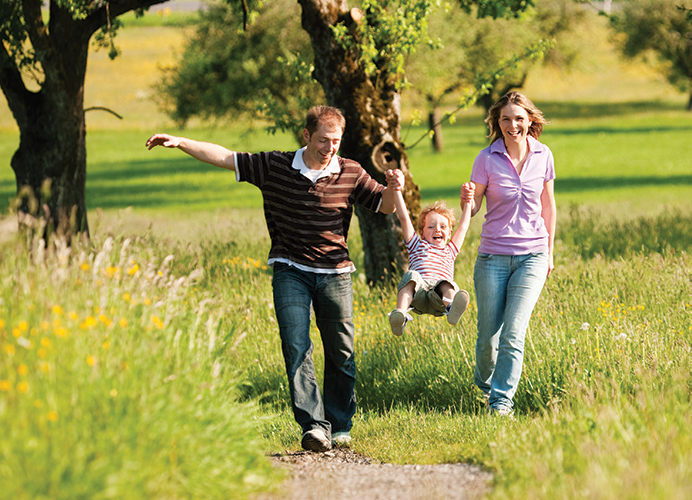 "Developments west of London are taking off"

As a devoted fan of the area in which he resides, Ted Melchers, of Melchers Construction, couldn’t be happier than to be working on a second development in Komoka.

As one of the men behind a residential construction company that has built in and around London for 28 years, Melchers says, “We live on a farm just outside of Komoka, so we are tied to this area that we love. It’s easy for us to promote it because we are genuine about how grateful we are to live out this way.”

The area west of London is taking off with unprecedented growth over the past three years. This is attributable to many factors, both natural and manmade. One example of the latter is the work of staff for the municipality of Middlesex Centre.

According to Melchers, lower property taxes and lower development charges make it financially more attractive. The municipality also had the foresight to construct infrastructure in the area that would encourage growth, like sewers, water lines and water treatment facilities.

Working with municipalities that recognize the value of building the tax base by increasing the population is attractive to developers, according to Don de Jong of The Tridon Group.

When you add an area with attractive natural features, like a provincial park, and family amenities, like a community centre and sportsplex, you get a fast-developing area that is attractive to developers, builders and homebuyers.

Tridon recently developed two neighbourhoods in Kilworth and is bringing a third on line in 2017.

“The Kilworth area has always been desirable because of its proximity to the river and outdoor features.”

“The Kilworth area has always been desirable because of its proximity to the river and outdoor features. Additionally, Middlesex Centre is progressive and we’ve had a good working relationship with them in years past,” says de Jong.

Builders feel the same way, according to Melchers. “Building west of London is attractive in so many ways. Komoka and Mount Brydges have more of a country feel away from the hustle bustle of the city. They are family-oriented communities with good schools, which is very attractive to many buyers, yet they still have easy access to London,” he explains.

According to Ben Puzanov, planner for Middlesex County, “Komoka, Kilworth and Ilderton have been accommodating most of the growth because of the municipal services available there.”

These were designated growth areas and allowances were made for the addition of municipal infrastructure to promote compact development as required by the province, as part of the municipality’s official plan in 2001.

In Komoka’s Parkview Heights, Melchers Construction is offering a mix of condos and single-family homes. The former is to answer a need for the aging demographic. These condominiums will be single-storey living starting in the $300,000s. “These are for people who want a lower-maintenance lifestyle, like retired farmers, who want to stay in the area and still have the flexibility of going to Florida for the winter but not worry about being away from their property,” says Melchers.

Melchers adds that offering higher- density housing at a lower starting price point is an integral part of the plan for Middlesex Centre.

In Mount Brydges, Melchers’ Woods Edge project is proving so popular that the first phase of these single-family homes on larger lots starting in the $400,000s are expected to soon be sold out. The Model home is located at 697 Woods Edge Road.

With construction started in 2013, Kilworth Heights is a mixed-density project as well, according to de Jong. As the land developers, Tridon is working with four construction companies – Marquis Developments, JLC Homes, Delange Homes and Castell Homes – on these houses, which will start at $400,000.

Additionally, 35 vacant land detached condominiums will be built there and will start at $279,900. The condos for this project will be built by Werrington Homes as its first project, which is a partnership between de Jong and Dan Katz of Esam Group.

The area has proven itself, as de Jong and Tridon will soon start its third west end development. In Kilworth, this as-yet-unnamed project will see “hundreds” of homes spread over 135 acres, with expected occupancy in 2017 and the whole project completed in seven to 10 years.

“There will be various types of units to choose from,” says de Jong, “with a range of prices.” Some will be traditional single-family homes, vacant land condos and attached condos, with areas devoted to green space and a new school.

Both Melchers and de Jong speak highly of the ease of working with Middlesex Centre staff.

“In a smaller community, you can sit down with staff and work through issues – the normal points of discussion that come up during any planning of a development – very quickly,” says de Jong.

Both also admit that the current residents of the areas in which they are working have not always been entirely happy, but in jointly working through the issues, good compromises have been found.

“We attended a public meeting and we ended up changing some things because we were flexible and wanted to compromise to make things more palatable for the neighbours. We changed our plans from having 38 attached condos to 17 detached condos,” says Melchers.

Looking for a new home in a fresh new area? Look west.