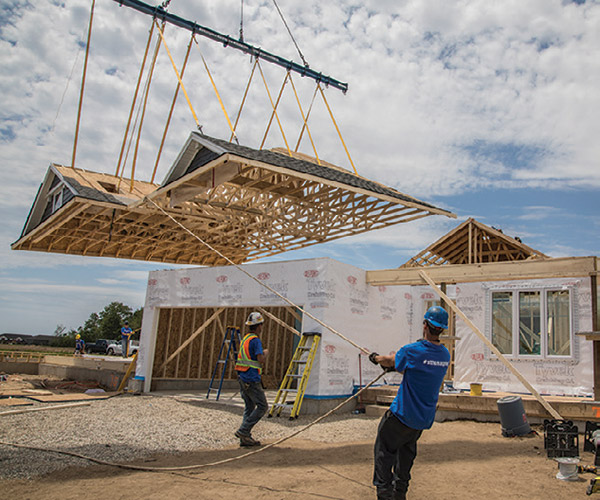 Johnny Nooren always planned to build another home for his wife, Angela, and their young children Luke and Aleida.

That dream ended when Johnny lost his battle with lymphoma and passed away in July 2016.

But, on a weekend in June this year, a house was built for the family. Although they won’t be living in it, the home will change their lives in countless ways.

Project Hope, the brainchild of real estate developer Doug Tarry, brought together hundreds of building industry tradespeople and community members. These volunteers used their expertise to build the house injust three days, with the intent to sell it and donate the proceeds to the Nooren family.

A building inspector, Johnny Nooren was well-known and respected in the industry and the community and people readily stepped up to participate, Tarry says.

Angela was blown away when she heard the proposal.

“A stranger steps up and offers to save your life! I’d never met Doug until he sat me down in his model home and said it would be his great honour to help me with this project.”

She also knew that it was something Johnny would have heartily embraced.

“It’s so crazy; he would love it,” she says. “He always wanted to do the impossible. He also loved to do things for me to get my reactions – crying and laughing. He was the most romantic man I’ve ever known, and the great love of my life.”

Angela was involved in each step of the year-long planning process. At 6 a.m. on Friday, June 9, the teams were ready to roll. The foundation was already in place and six framing crews and a roofing crew got to work. By mid-afternoon, the walls were up. The roof had been framed and craned on top and workers were busy installing the shingles.

By early afternoon that Sunday, the two-bedroom, 1,440-squarefoot home was finished ahead of schedule. It was complete with landscaping, backyard deck and indoor staging.

Asked her feelings as the undertaking wound down, Angela says: “I think my son said it best” and quotes seven-year-old Luke: “I feel excited sad. I didn’t know you could feel both those things at the same time.”

What impressed her most throughout the entire process, Angela says, was the way “people bonded in such unique ways.”

She adds, “I’ve made friends I know I’ll have for many years. Watching the teams come together this weekend - workers who would normally be in competition, smiling and laughing and helping each other - it’s just been magical.” 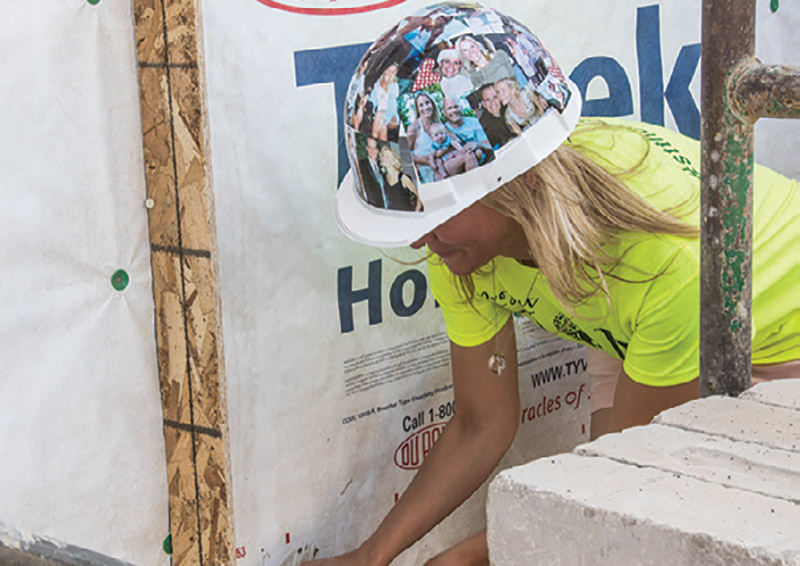 "A sense of acccomplishment"

Tarry agrees. “It’s beyond a sense of accomplishment,” he says, summing up his feelings at the end of the day. “It’s how the community came together and the bonding that happened.”

According to Tarry, the way the work moved seamlessly through the building stages seemed almost choreographed. He notes that it prompted Uptop Films director Ryan Grams, who’s documenting the experience, to comment: “It’s like Cirque du Soleil with bricks and wood.”

Tarry says the success of the endeavour was assured by having “the best of the best” working on it.

“I’m so grateful for the opportunity to do this,” he adds.

Tarry is proud of this historymaking project, noting that other teams have built houses in three days but this is the first time for a Net Zero Ready home to be finished in that timeframe.

"The Home of the Future" 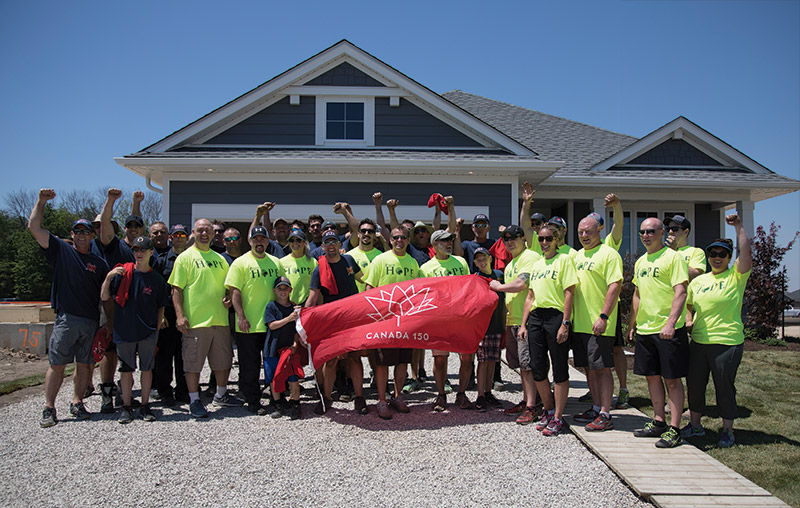 A Net Zero home - constructed within a tight building envelope, highly insulated, and with right-sized mechanical and plumbing systems and solar energy - will create as much energy as it uses over the course of a year. Net Zero Ready homes do not include the solar panels but are set for their installation, based on the number the homeowner feels will be needed to meet his/her family’s energy requirements.

Net Zero homes are normally a longer build due to the necessary attention to detail and to ensuring that it meets building code standards. In this case, the home not only came in under the code’s maximums but also lower than Doug Tarry Homes’ averages.

Most of the energy used at the site during the weekend build was also solar powered.

Tarry hopes this exposure will create awareness of and increased interest in what he calls “the home of the future.”