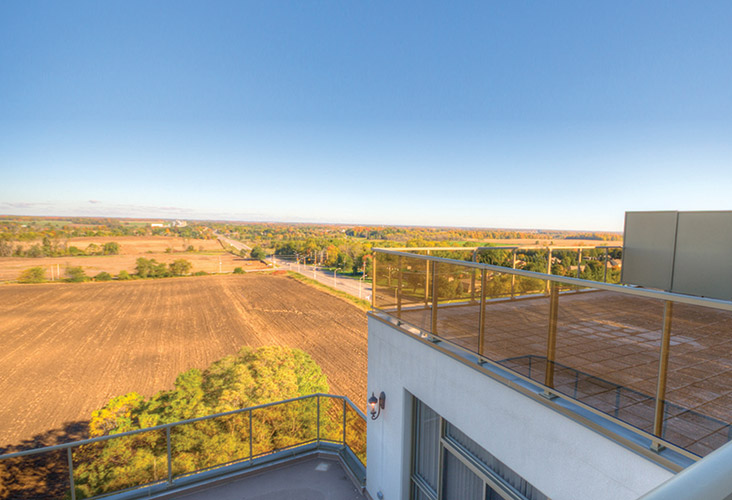 After years spent commuting from the suburbs, Marian Hamilton loves living downtown and being able to walk to work.

The 49-year-old works for the City of London and enjoys the four-minute stroll to her job at Market Tower. Hamilton’s family occupied rented townhouses in various locations around the city when her children were younger. As a single mother, she liked the ease of rental and letting others be responsible for the property upkeep.

Now that she’s an empty nester, living in a luxurious tower is great for those reasons, and she also loves not having to scrape her car in the morning, drive to work and find parking.

“Renting is simple and stress-free. I’m not a slave to a home and don’t have yard work,” says Hamilton, which suits her fine, as does the high end ambiance of The Renaissance.

Likewise, 39-year-old Julie* is a single mom with three school-age children, and her family is enjoying living at Richmond Hill, the well appointed high-rise building on Richmond Street, just north of the city.

Working at Western University meant that her job could be changing in a few years, so she opted to rent after selling the family home, which was also located in the north end. “We wanted to stay in the same area as the children’s friends and in an area with good schools,” she explains.

The 2,000-square-foot apartment not only has stunning views as it rises above the city but also provides about the same living space as her single family home. It has “room to do cartwheels in the living room,” she chuckles.

While single professionals are a strong segment of the rental population, they only make up part of the demographic of people wishing to enjoy the ease of renting.

Kevin Arbuckle, director of property management for Killam Properties, owners of Richmond Hill, estimates that half of the tenants are of retirement age, while the other 50 per cent is made up of people who work at the university or hospitals.

"Renting is simple and stress-free" 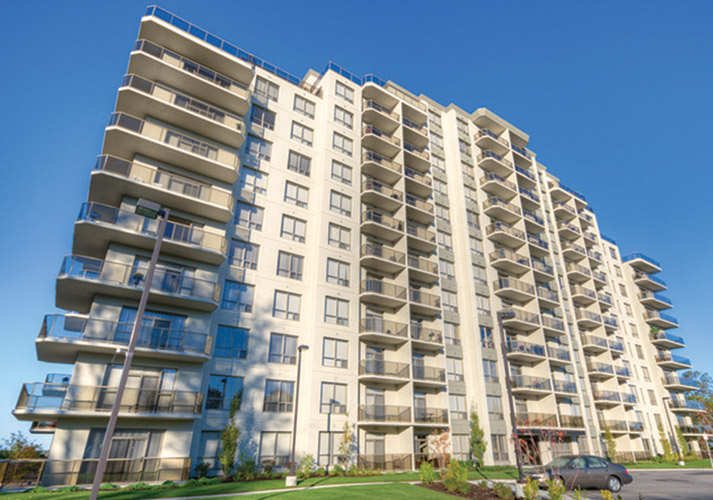 Conversely, Craig McColl, property manager for The Tricar Group, owners of The Renaissance, says that the demographics of that building is split evenly three ways: graduate students, retirees and young professionals. 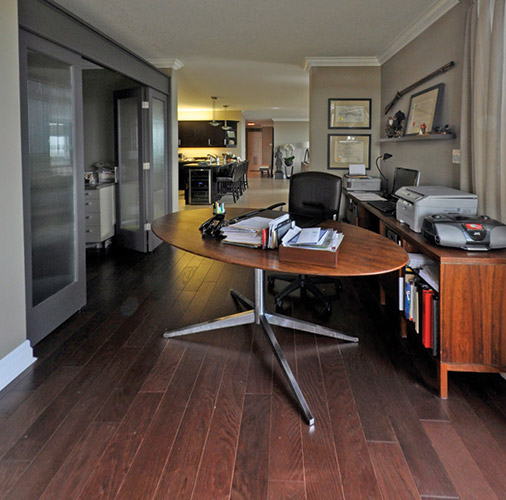 Stella and Vito Moretti are in their early 80s, retired and have lived at Richmond Hill for just four months.

Vito feels somewhat stifled without a home and property to take care of, but the couple felt that moving to an apartment was the right move when they sold their family home. “We want things to be easier for us and for our children since we are getting older,” he says.

They chose Richmond Hill because they liked the high-end feel of the building and that the units don’t have much carpeting.

The couple decided to rent rather than to buy a condominium because “I don’t like condo fees, paying $300 or $400 a month,” he shakes his head, adding that saving the money spent on property taxes was also a factor.

Garnet Smalley and his wife Suzanne Agnew moved from a large, rural property to Richmond Hill nearly five years ago. Wanting a less expensive and less intensive lifestyle, they enjoy the quality appointments of the building. “We wanted to live in the north end of the city and this was the most lovely building; it’s perfect,” says Agnew.

As the owner of The Wool Boutique, she works long hours, so spending less time on home maintenance is a key factor for the couple. “There’s no shoveling the driveway and it leaves your money more liquid,” she explains.

Many who have sold their homes and chosen to rent agree on the latter statement. Investing the bulk of monies realized from selling real estate and paying rent – while saving insurance, property taxes and maintenance costs – makes sense to them.

As with any housing decision, location is a key factor. For those who crave nightlife and being able to walk to entertainment venues, downtown makes sense. 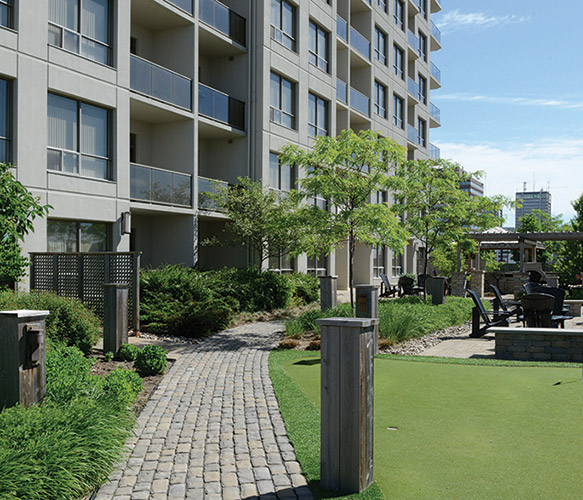 "Our neighbours look out for us," 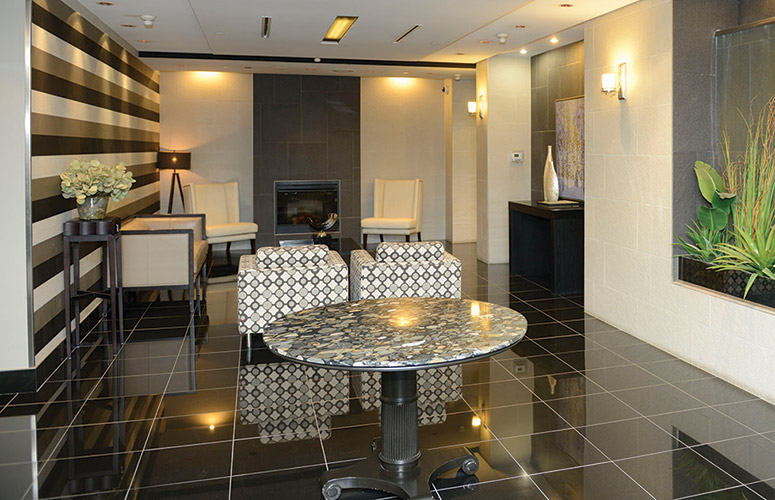 When she first contemplated moving to The Renaissance, Hamilton was concerned about living downtown. “It is a myth; you are as safe here as in other parts of the city,” she says. “I walk everywhere at night; there are always people around and I feel safe.”

While admitting that living near two busy nightspots does mean extra noise at closing time, Hamilton says that living in a high-rise is also a calm and quiet situation. And the views are amazing.

Built in 2008, The Renaissance has 277 units of various sizes spread over 28 floors. It has two lounges, an exercise room, and a sixth-floor deck equipped with barbecues, with all amenities available for the use of tenants. Each unit has a balcony that affords sweeping views of downtown or various locations around the city.

Because of the mixed generational setting, Julie feels that there’s a real sense of community at Richmond Hill. “Our neighbours look out for us,” she says, adding that they know her children’s names and enjoy chatting with them in the elevator. “There is a coffee hour once a week, a games night once a month and we barbecue together,” she adds.

Richmond Hill is six years old with 137 units on 12 floors. There is an exercise room, a lounge and an outdoor gazebo all for the use of tenants. It is located near shopping areas like Masonville Place.

While there are financial and lifestyle advantages to renting in a top-notch building, there are downsides, too. Among those cited were not having a garden to tend or a yard for children, but most renters feel that the advantages far outweigh the disadvantages.

“It is really a way to live a better lifestyle, while living a simple, stress-free life,” says Hamilton.