NEARBY WOODS EDGE IS HOME TO STAY

A combination of smalltown charm and nearby big-city amenities has resulted in a win-win for all involved with the Mount Brydges’ Woods Edge neighbourhood.

When he acquired the property in 2012, the investment was “a bit of a gamble,” says John Lean, owner of Woods Edge Developments. “Whether people would want to move there was somewhat an unknown variable.

Mount Brydges had not had an expansion in a long time.” But the village’s diversified commercial district – plus its parks, playgrounds, arena and recreational clubs and associations – proved attractive, particularly to young families who comprise the majority of the Woods Edge population. Soon people realized it was a good place to live, Lean says.

He credits the foresight and support of the Strathroy-Carodoc municipal council and planners with advancing the success of the development and helping him decide to invest there. It has worked in their favour. “I believe growth in Mount Brydges is certain at this point,” he says. “They are bringing in more investments and more services, parks, recreational opportunities, all those good things that make up a great place to live.” 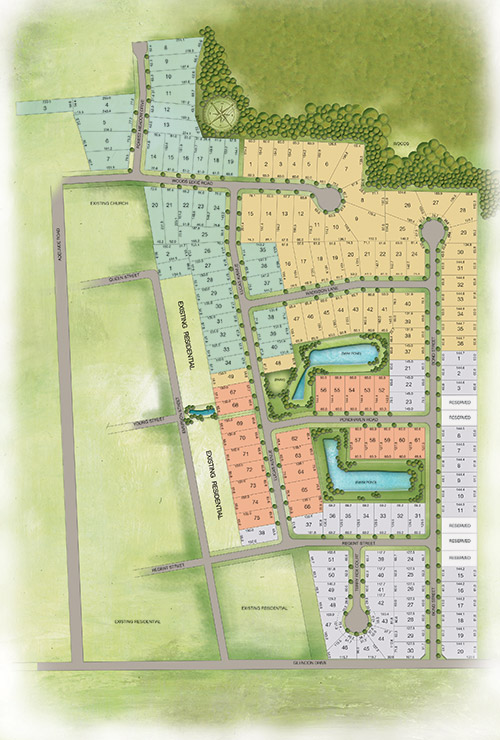 The Woods Edge development is now in its final phase of construction, and Lean has sold out his share of the 164 lots. But there are still some available from builders. “The lots will likely be sold by the end of the year and the homes built out by mid-2021,” says Chris Melchers of Melchers Construction.

Both Melchers and Saratoga Homes owner Doug Durnin extol the benefits of building in a smaller community. “Price point and lot size are two big advantages,” Melchers says. “If you compare lot prices to London, they’re significantly less. And the lot sizes are much larger.”

Durnin agrees, “The lots are more affordable compared to cities and other small towns. This allows you to give buyers more home for the same price.” Billed as executive-sized country lots, they range from 60-feet wide and up to 150-feet deep.

Both have built a combination of one-floor and two-storey homes. Melchers says the majority of his have been two-storeys, designed for families. “The family lifestyle is an attraction,” he says. “There’s a lot of kids in the area to go out and play with.”

Plus there is a school right across the street from the development and more public services on the horizon, Lean notes.

“My sense is that it’s going well for our buyers there and that they’re happy,” he says. “That makes me happy because I really wouldn’t want to do it without it being a success from the residents’ point of view.”