"Renovation corrects mistakes of the past"

Ten years after a home renovation became “a bit of a disaster,” Danine Pike and her family looked to Arne and Peder Madsen of CCR Building and Remodeling to correct some of the mistakes.

The side-split 1960s era house in the Sherwood Forest Mall area had been purchased by a house-flipper, who sold it to the Pikes as a ‘build to suit’ house, despite not being a contractor.

“We loved the house but there were some issues with that first renovation,” Pike says, pointing to the flooring and kitchen countertops as examples of inadequate installations.

Upstairs, the two bedrooms had been converted into a master suite, with additional bedrooms downstairs. “That was great until we had twins and decided the house was perfect for teenagers but not for a young family,” Pike recalls.

“It’s a gorgeous location,” Arne says. The home is situated on a hill overlooking a ravine with a great backyard with lots of trees. However, the shade provided by these trees make the interior seem dark, an effect enhanced by the original small windows.

Arne recalls the Pikes saying “we love the home but it’s so dark we can’t appreciate where we are.”

The couple considered moving but other homes viewed also needed renovation. Loving the neighbourhood and the lot, the Pikes decided to “take the plunge” and undertake a second renovation.

Any hesitance was brushed aside upon meeting Arne at the annual London Home Builders Parade of Renovations. Touring a home similar to their own, “Arne took the time to show us the renovation that was done and what he felt could be done with our home,” Pike remembers.

Approximately three-quarters of the roof was removed, allowing for the installation of high ceilings and large floor-to-ceiling windows. “That just opened up the whole living area,” and brightened up the home, Arne says.

Renovations continued with an addition to the west side, a family/rec room and an extra bedroom downstairs, a new two-sided fireplace, high velocity air conditioning and in-floor heating. A new front porch was added. 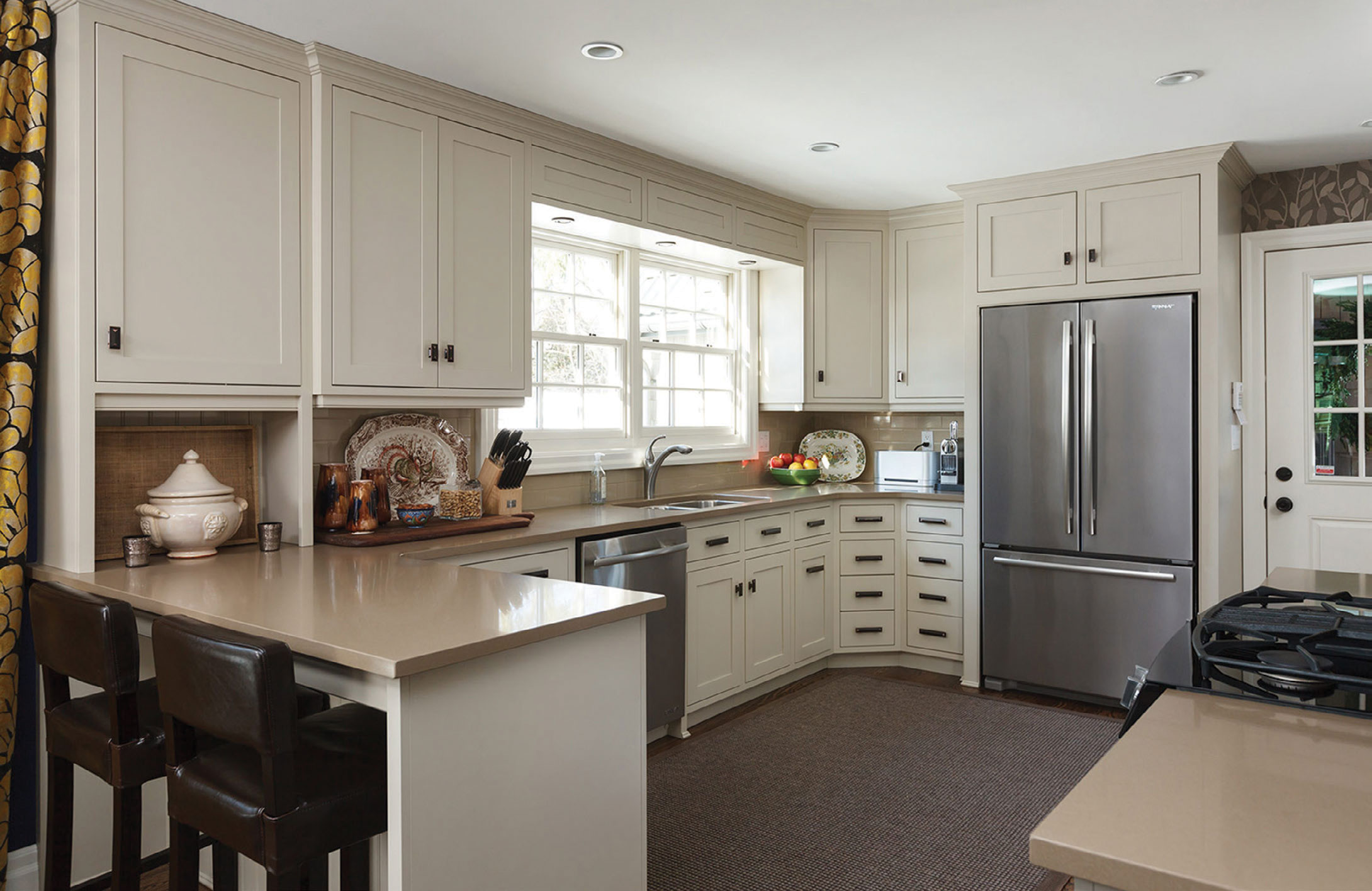 G rant Gilvesy has spent many years transforming other people’s houses into homes. But a recent project by the owner of Grant Gilvesy Designs and In Bloom Designscapes allowed him to put his skills and talents to personal use.

“I actually bought this home to do for myself,” he said. “I did it with the intent that I’d be staying here – I wanted to make this my dream home. The bulk of the work was done in about eight months. But the finishing touches – the decorating – took about three years in total.”

The home, a 1,700-square foot Cape Cod-style, is situated on a double lot in the Old North section of London. Everything was stripped back and redone, but as the house is situated in London’s oldest neighbourhood, Gilvesy wanted to ensure that it retained the flavour of the area, whilst hearkening back to its original style.

“I kept everything period appropriate,” he said. “I wouldn’t say the home is traditional but I kept the period in mind with the renovations and design.”

Gilvesy said the project came to him, rather than searching it out. “I had done renovations previously on the street – an Ontario cottage,” he said. “The owner of this home contacted (me). He had walked by the cottage and saw the work I did. The home had been in his family for two or three generations and he wanted the next person to own his home to do right by it.”

The home was in bad need of restoration, Gilvesy said, though he didn’t change anything architecturally except for returning the front door size to its initial dimensions.

“Basically everything had to be done,” he said. “The stonework on the front was the only thing I left.”

Gilvesy explained that as this was a labour of love – and a potential long-term home for him – he was freed from traditional concerns about budget. Plus, having two companies that specialize in this type of work allowed him to create a cohesive design, inside and out. “For me, it was kind of a dream home. I wanted everything done 100 per cent.”

However, he said for anyone interested in buying an older home and restoring it to its former glory, it’s not something that people should jump into without considering the potential ramifications.

“I think the biggest challenge is that you’re working with something old,” he said. “There are so many elements that come into play when you want to restore to the original state – and the biggest is the budget.”

Though described as a dream home, the fact is that dreams change. And Gilvesy admitted that his mind may already be wandering.

“Would I sell it? Well everything has a price if it’s large enough,” he added, laughing. “I’m getting the itch to move onto the next project.” 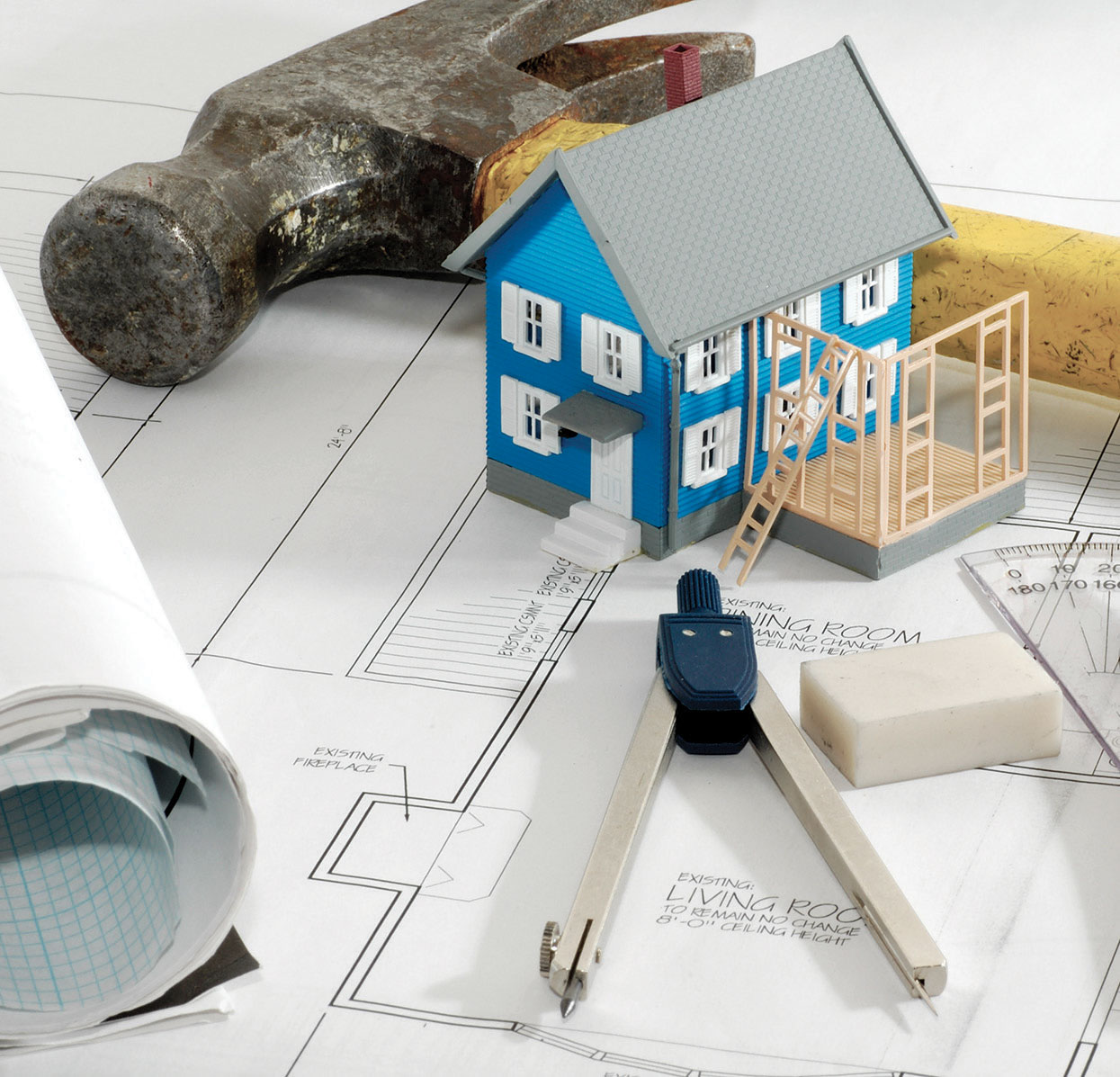 The annual Parade of Renovations, presented by the London Home Builders’ Association and its Renovators’ Council, is the best opportunity for consumers to check out the latest in renovation trends, says Patrick Malloy, council and parade chairman and owner of Duo Building.

“They (homeowners) can look at magazines and websites, but this is a chance to touch and feel, to see the workmanship firsthand,” he says.

This year’s Parade, October 2 from 11 a.m. to 4 p.m., showcases a variety of projects, including a number of whole home interior renovations. Some trends on display include a move toward more open concept living and the use of healthier and greener products, something Malloy notes is a growing concern among homeowners.

There is also a fundraising element to the Parade that supports housing-related charities, he adds. This year, proceeds support Sanctuary London, a healthy, welcoming community for people living in poverty or feeling excluded from society.

A $10 passport can be purchased at any home on the Parade. This year’s line-up includes the following.

460 East Mile Road - The traditional façade on this Oakridge ranch home gives no indication of the interior transformation, created by Anden Design Build in three separate renovations over five years. The most recent project - a new kitchen addition, main-floor revamp and backyard landscaping - follows the creation of a full basement retreat and a master bedroom/bath makeover.