FROM TEARS TO TRIUMPH 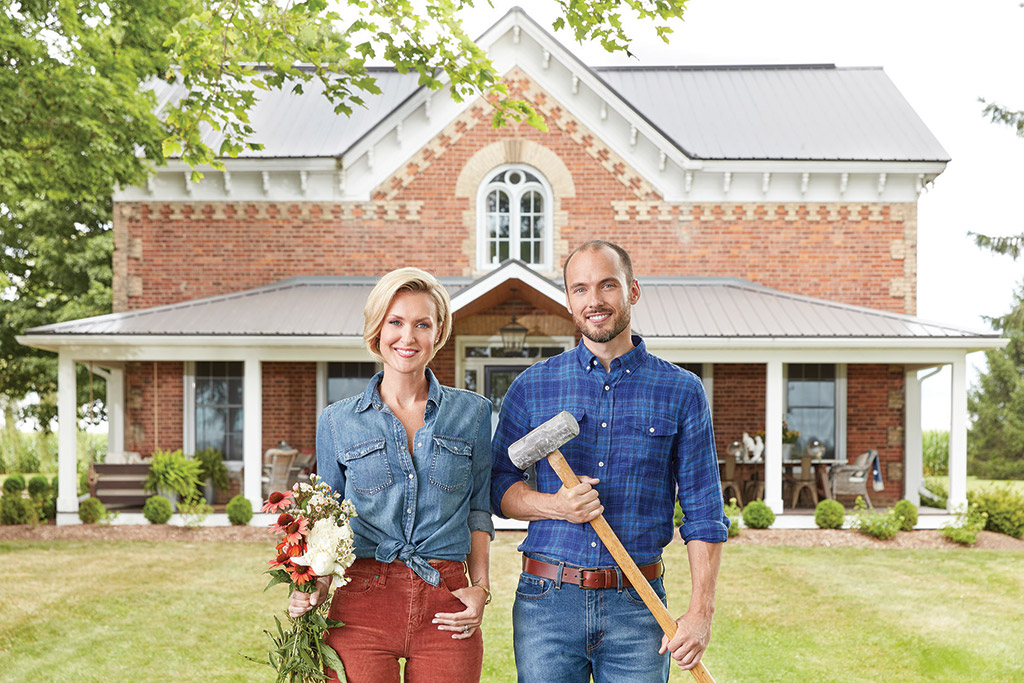 The brothersister team of Billy Pearson and Carolyn Wilbrink bring HGTV’s show Farmhouse Facelift to life on Wednesday evenings on the network famous for fantastic makeovers.

Kristen Henderson says she was in tears the first time she walked into the farmhouse she, husband Michael and their growing family were going to call home. However, they were not tears of joy. “I had never seen it,” Kristen says of the house she and Michael had just purchased.

Located south of Thamesford, it had been in the Henderson family for three generations before being sold. Now, this current generation of the family had the opportunity to put the Henderson name on it again.

Michael’s father had grown up in the house and Michael himself had lived his whole childhood within its walls. “They were drawing me drawings and trying to tell me what it looked like,” Kristen recalls.

“When we were able to get in, I was nine months pregnant, and I cried and cried,” she says of that first look. 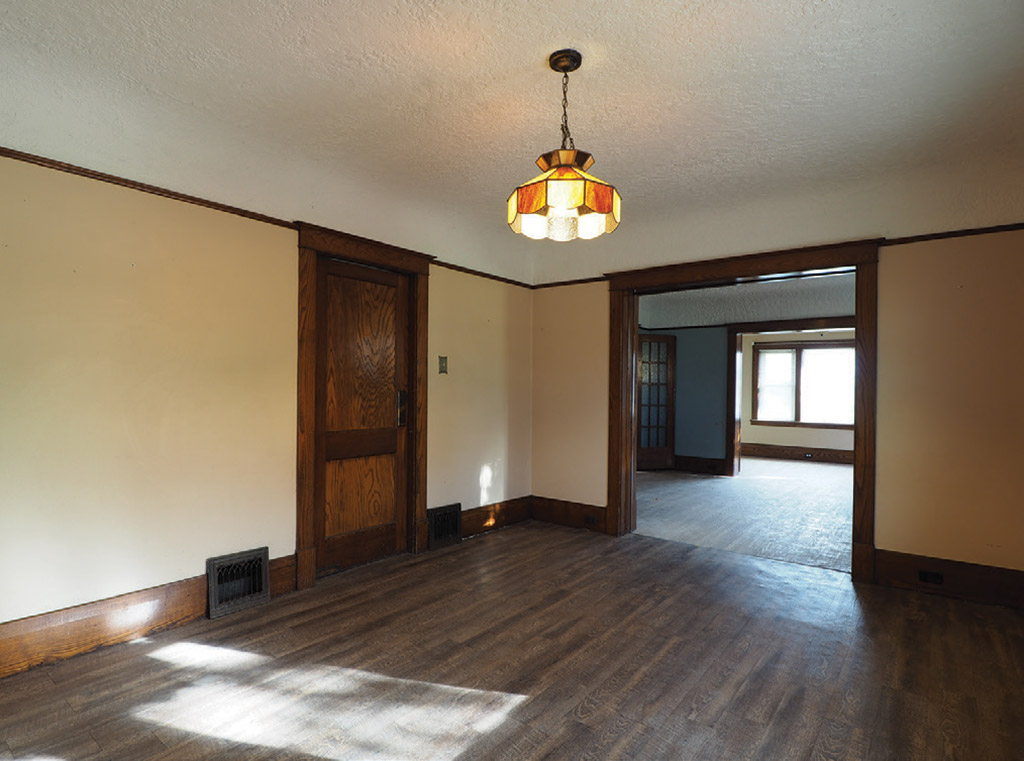 The new kitchen serves the Henderson family well, with a large, colourful island, ample seating for dinner and learning time and lots of storage space – all in a beautiful setting. 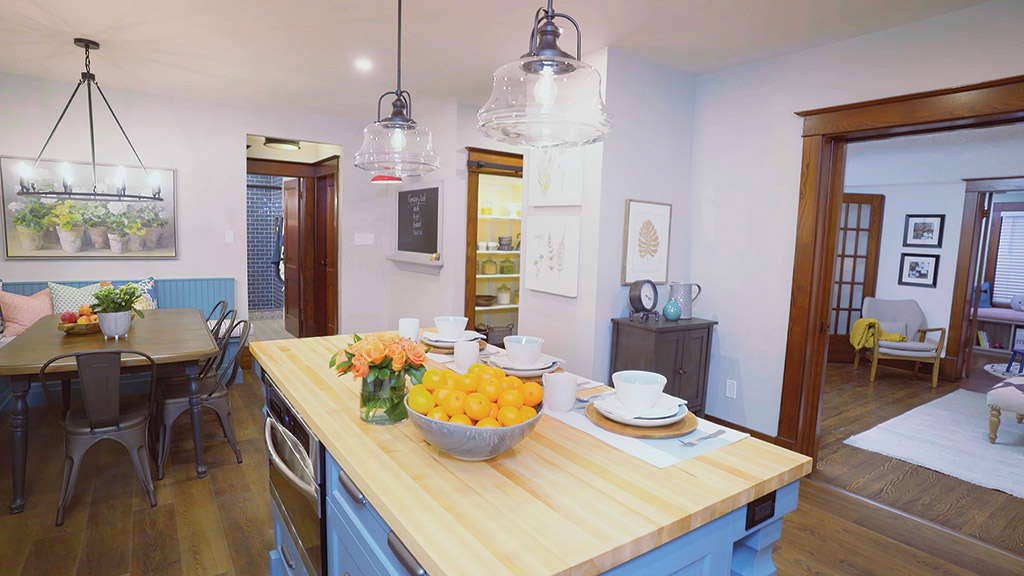 Michael’s father had grown up in the house and Michael himself had lived his whole childhood within its walls.

Kristen had no idea how she was going to make this place work for their family. Then a unique opportunity presented itself.

Farmhouse Facelift, a renovation show hosted by the brother-sister team of Billy Pearson and Carolyn Wilbrink on the HGTV Canada network, was interested in doing an episode featuring the renovation of the Henderson homestead.

“The timing was amazing that it all came together when it did,” Kristen says. “It was fate.” So, the couple handed over their keys and moved into a trailer for the duration of the project.

The show normally does reno projects within the Greater Toronto area, but was considering a couple of projects beyond that region. The move necessitated the production crew finding new contractors closer to the proposed projects.

Once the decision was made to do the Henderson farmhouse, the search began to find a capable (and willing) contractor in the area. 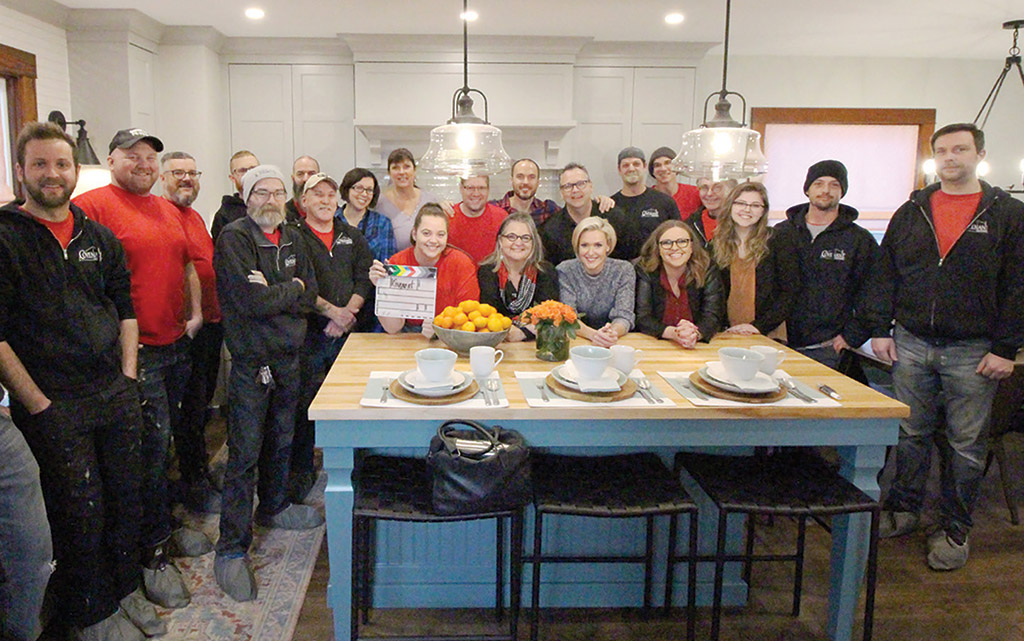 Covenant Construction’s founders Bonnie Hardy (second from left at table) and Craig Hardy (middle of row behind table) with show hosts Carolyn Wilbrink (next to Bonnie) and Billy Pearson (to the left of Craig) with the Covenant Construction crew who worked on the televised renovation.

“Like everyone else, they just went on the internet and found our website,” says Craig Hardy, who co-owns Covenant Construction with Bonnie Hardy and Randy McCulloch. He adds that the call from HGTV just came out of the blue because “they saw some things they liked and then they contacted us and asked if we’d be interested.”

Kristen says she and Michael also had some input in the final choice of contractor. The Hendersons met with Hardy’s team “to see if we jived with them” – and they did.

“We asked them why they were called Covenant Construction, and Craig said it was because a covenant is stronger than a contract. I found it amazing, my husband found it amazing, and we can honestly say it’s so true about their company.”

The Hendersons, who wanted to retain as much of the home’s original wood trim as possible, were particularly impressed with how important woodworking was to the Covenant team. “We were definitely on the same page there, just how meticulous they were. Their attention to detail was amazing.”

Before the plans were finalized, Hardy brought in his engineers, so they could do all the calculations to ensure there would be no surprises. “Fortunately, we were able to do a bit of opening and looking at things ahead of time because no one was living in the house.”

The house, built in 1926, was basically original. Hardy says it had had a little facelift in the late ‘70s-early ‘80s. “But other than that, no walls had ever been moved, it was all the original framing, the original plaster, so we didn’t have that traditional old house that’s had umpteen different renovations where everybody has cut a little bit of something.”

The current renovations included removing a load-bearing wall so the kitchen could be relocated where the dining room had been, while the family room, sunroom and a bathroom were also redone. 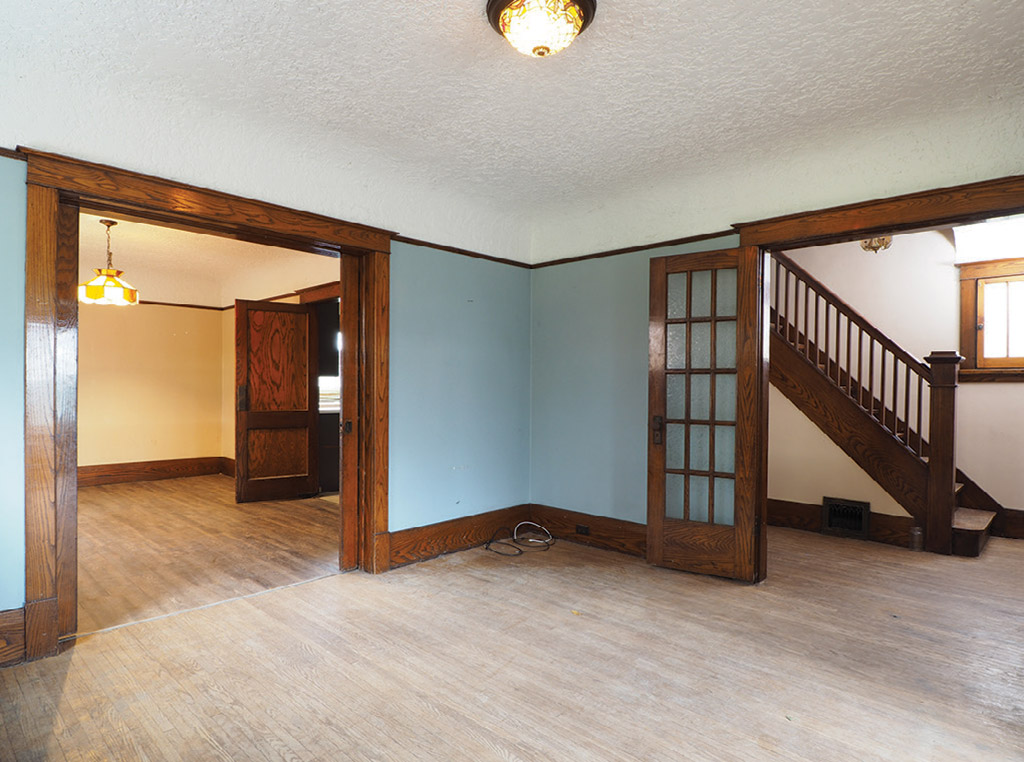 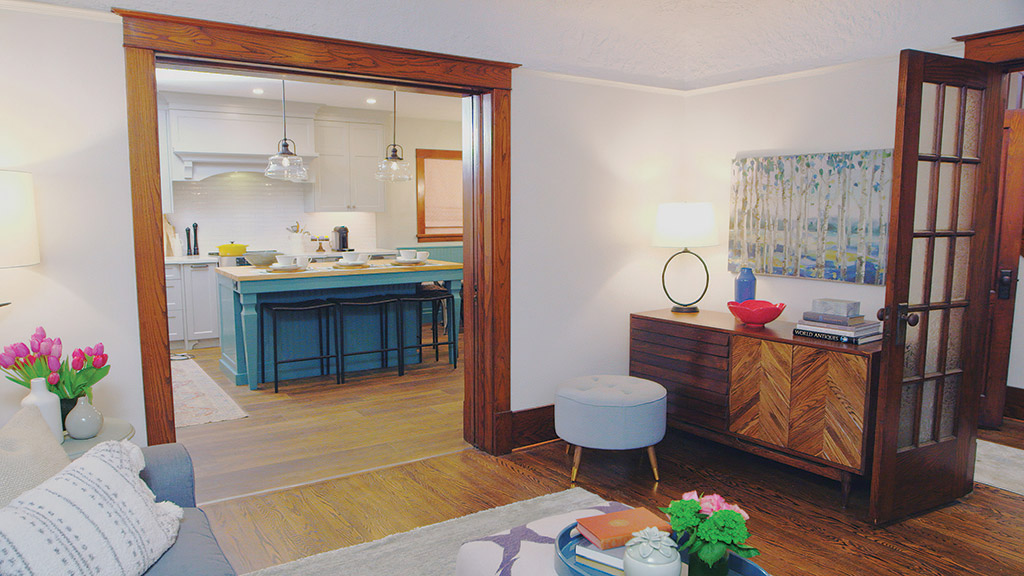 To enlarge the kitchen area, it was relocated to the former dining room, which necessitated moving a load-bearing wall. The family room is now adjacent to the kitchen and the original wood trim was preserved.

We asked them why they were called Covenant Construction, and Craig said it was because a covenant is stronger than a contract.”

The family has now been in their renovated home for a year and Kristen says everything has worked out well. “Everything is flowing the way I wanted – and then some.”

Kristen says the new design elements have addressed little things she did not think of at the time, such as features that are important for young families. For example, she does not need baby locks on her cupboards. “They’re all so smooth the kids that are young enough can’t get into them.

The same with the drawer design they picked out for the convenience of my children and me, having the plastic stuff down below and the glass stuff up top. The bench seat is amazing.”

Hardy says the experience, overall, was good for the Covenant team, too. “Not only for the staff who physically worked on that job, but everyone picked up pieces everywhere else so we could fit this in. There were a lot of hoops for everybody, but our entire team really pulled together.” 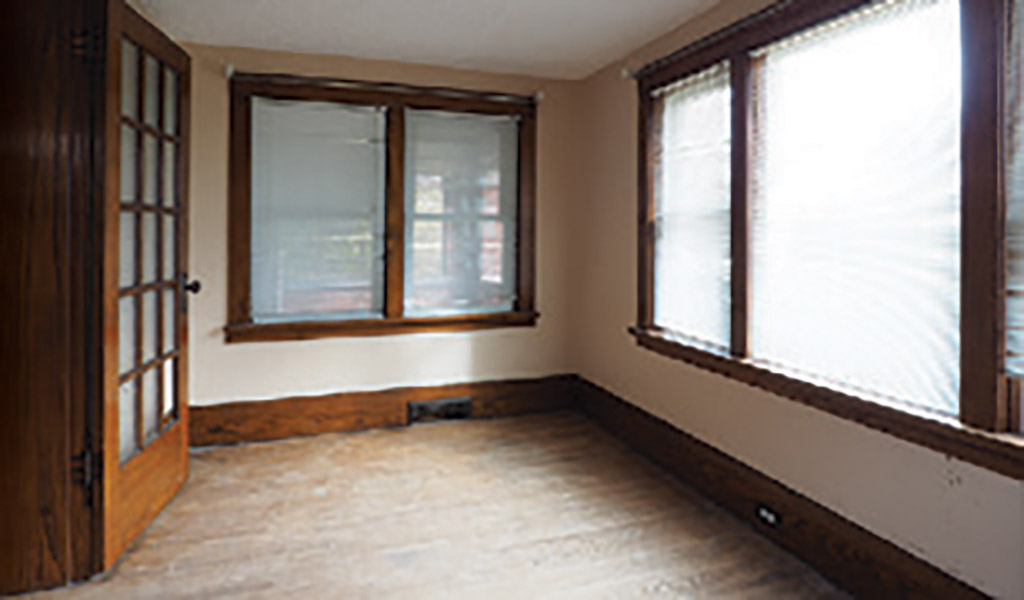 The former sunroom is now a light, bright kid-friendly play space. The family lived in a trailer on the property during the renovation, so this is a welcome change. 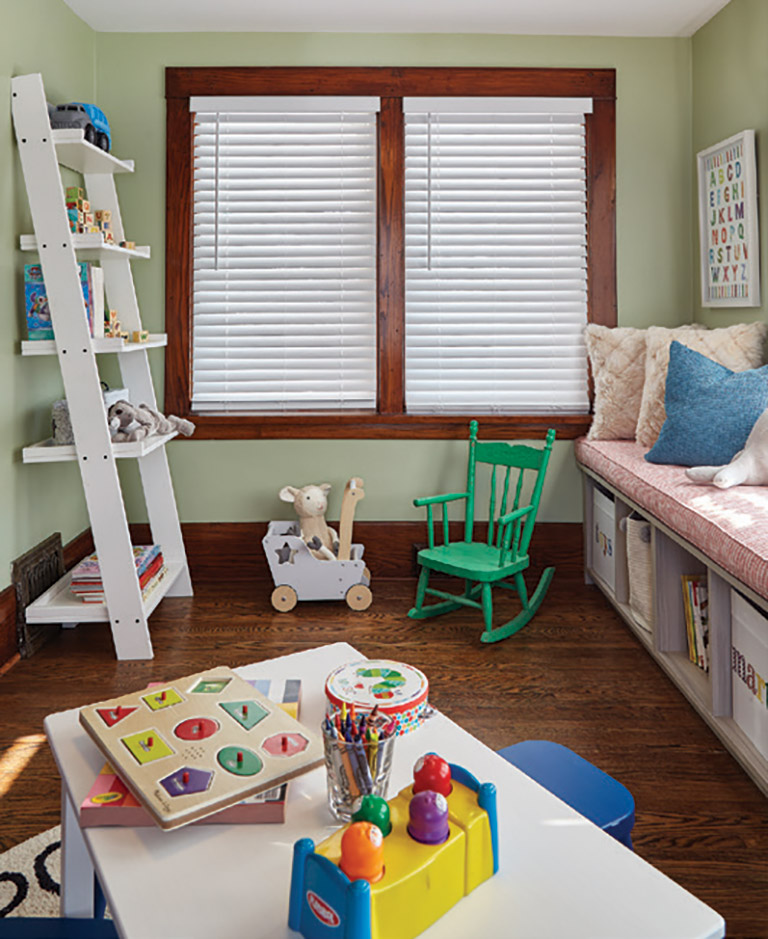 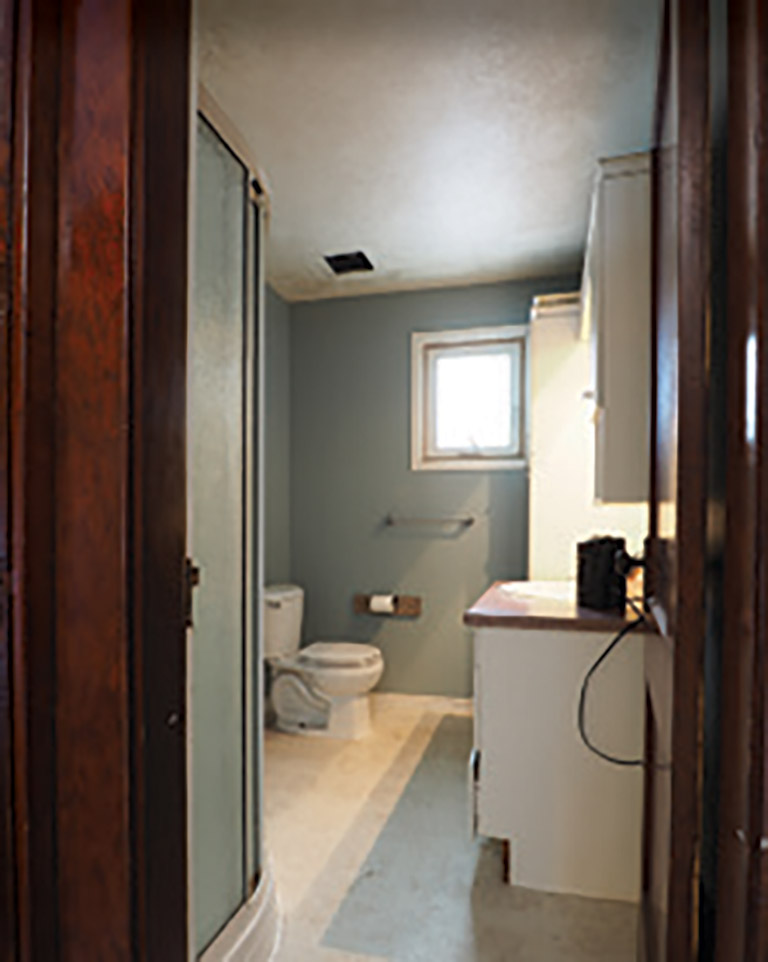 As with many renovations of older homes, the bathroom needed updating. It now suits the growing family and serves their needs as a space that is as attractive as it is functional. 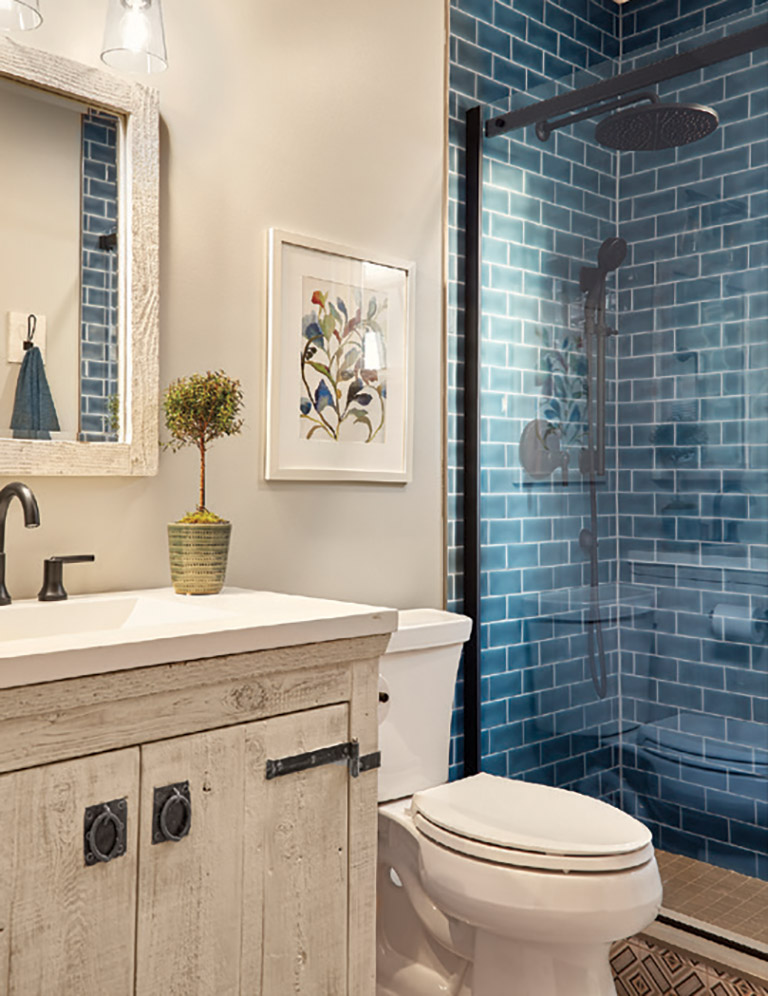