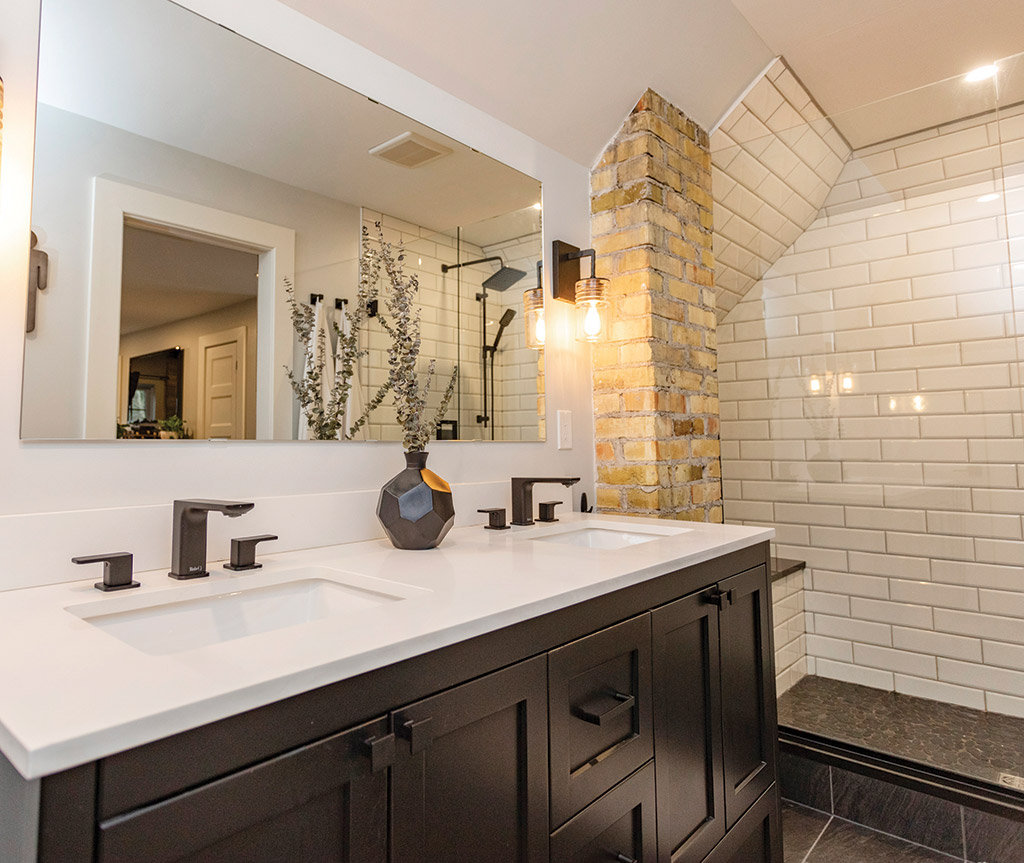 The renovation of this partially finished attic space resulted in the homeowners having a dream primary bedroom and ensuite which occupies what was once a closet.

Third floor attics in older homes often have character that makes them ideal for creating new and unique living spaces. “In the older houses it’s a bonus space that adds to their mystique,” says Greg Hassall, owner of Riverside Construction. “We always like working in heritage homes. It can be more challenging, with a few more bumps in the road than with newer houses, but you get a chance to do things that are a little different and enhance the properties.” 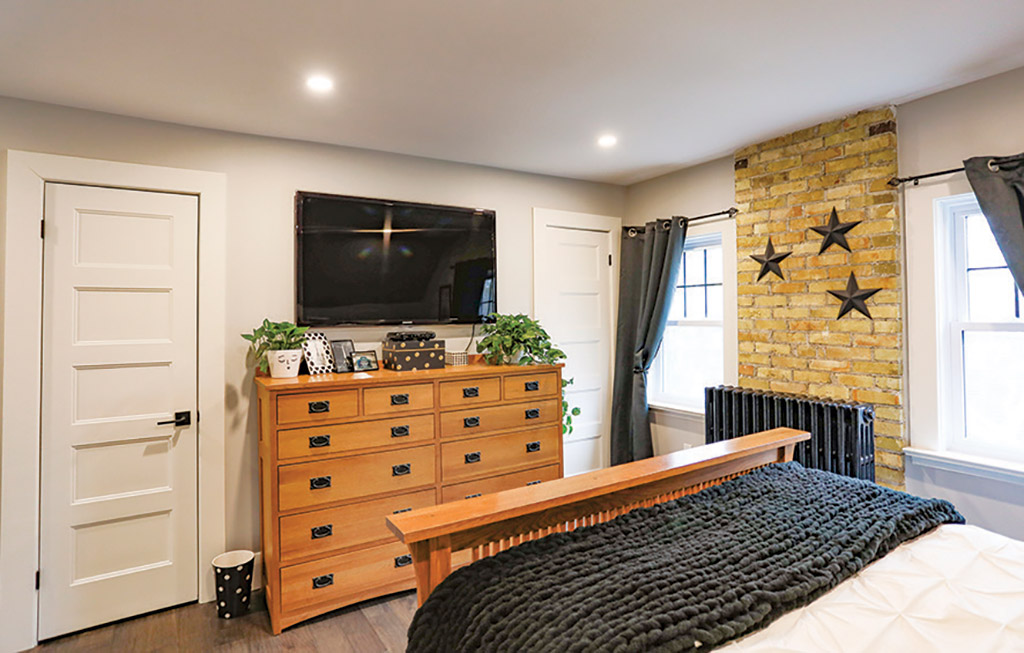 This was his experience with a recent renovation in an Old South London home that transformed a partially finished attic into a deluxe master suite, complete with an ensuite bathroom. Hassall says it was a “rudimentary space, conceptually and structurally in need of a little TLC.”

Riverside designers developed a layout that allowed them to maximize the space, adding a large bathroom, as well as some unique cosmetic elements. The new bathroom was fitted into a former large closet area with sloping ceilings, which Hassall says worked well for the oversize tile shower where a bench seat was positioned beneath the slope. The ensuite also features a double basin vanity and heated ceramic tile floors. 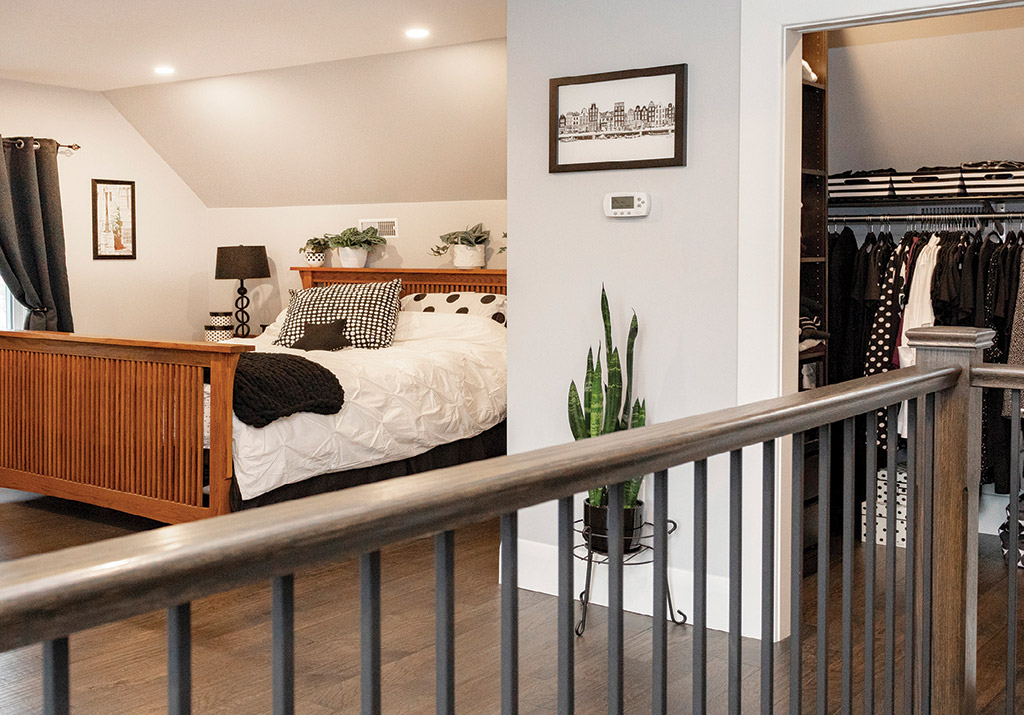 The room at the top of the stairs was restricted, necessitating build-ing a dormer and raising the ceiling.

One of the initial challenges was a beam across a dormer window at the top of the stairs that restricted headroom. This necessi-tated constructing a new dormer and raising the ceiling, which required structural wall work on the home’s lower levels, as posts were extended down to the foundation. All the attic windows were replaced and James Hardie siding was added to upgrade the surrounding exterior walls. 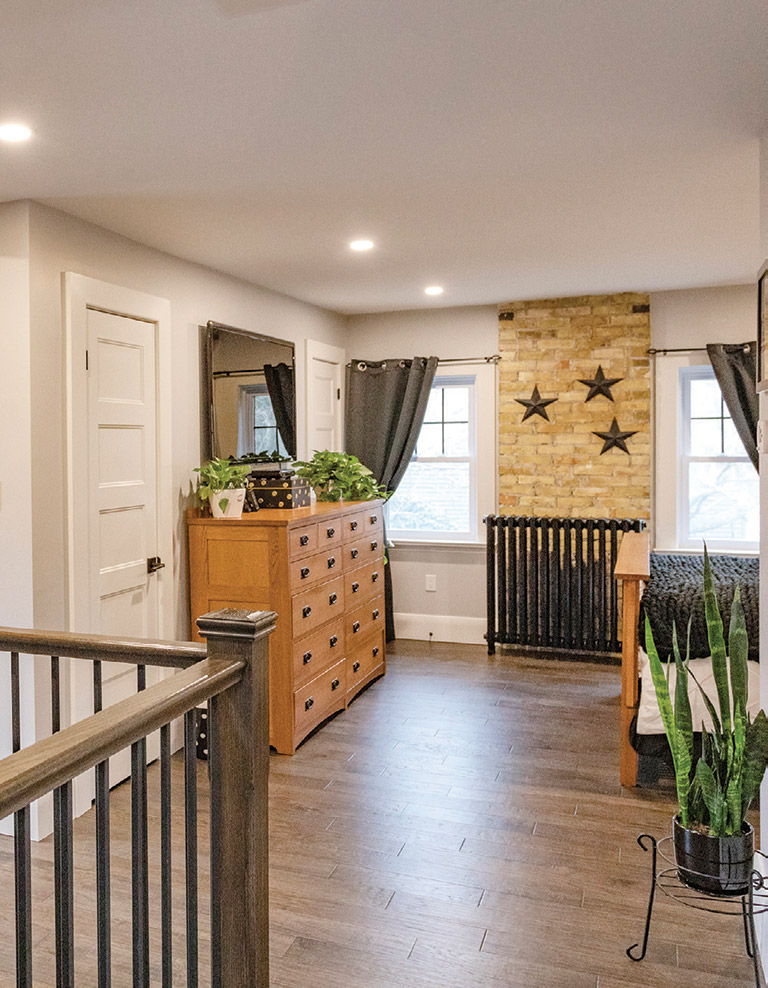 Oak flooring was laid throughout the bedroom area as part of the renovation.

Like many older attics, this one had been freezing cold in winter and sweltering in the summer heat, so insulating the new space proved to be a challenge. When the walls and ceiling come down, with them came a storm of sawdust, the original insulating material. The sawdust was a first for Hassall but he says that, regardless of the material, proper insulation is an integral part of any attic conversion.

Taking down the walls revealed another heritage accent in a couple of yellow brick columns, one adjacent to the bathroom shower and the other between the bedroom windows. Hassall is uncertain of their original purpose, speculating that they may have been interior chimneys since they do not match the red brick exterior of the house.

But he says they create an attractive juxtaposition of the old with the new. They are also complemented by a barn board accent wall, along the stairway. It was an element the homeowners were intent on incorporating into the new space.

Other features of the new master suite include a walk-in closet, plus two bonus his-and-her’s closets. New oak hardwood flooring was laid throughout the bedroom area. 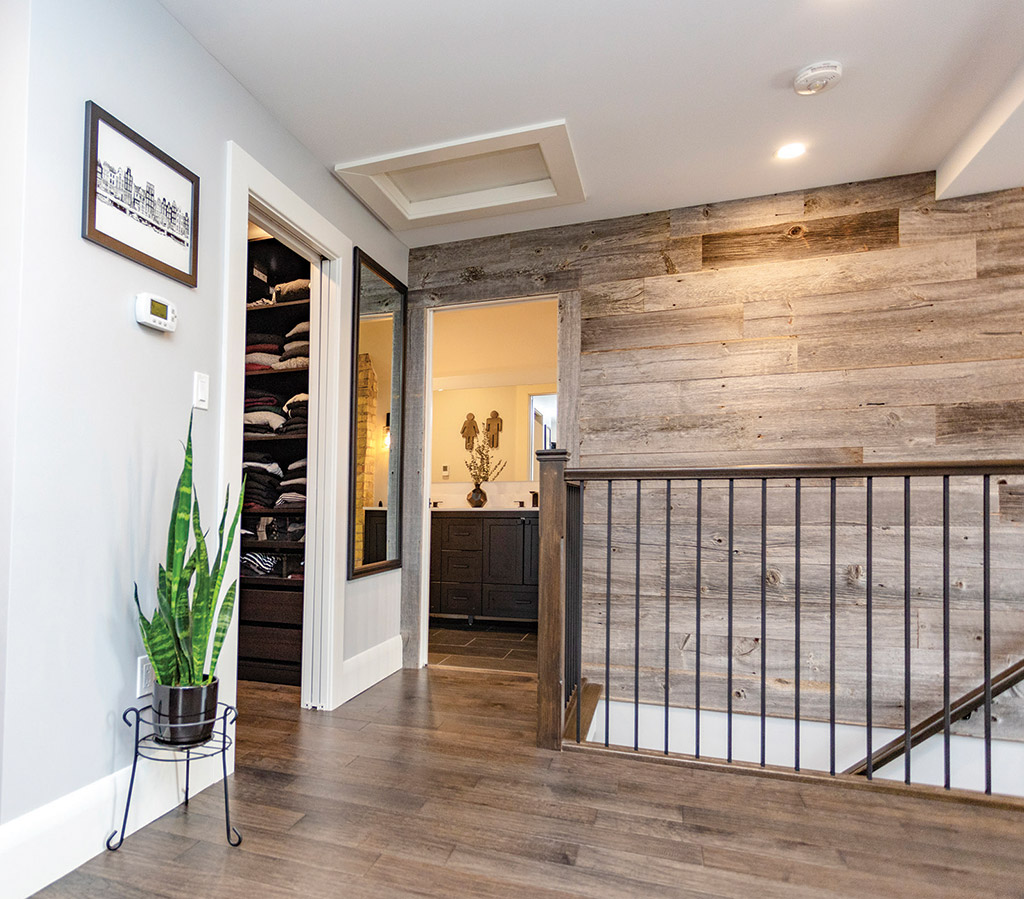 A barnboard accent wall along the stairway emphasizes the rustic beauty of this new space.