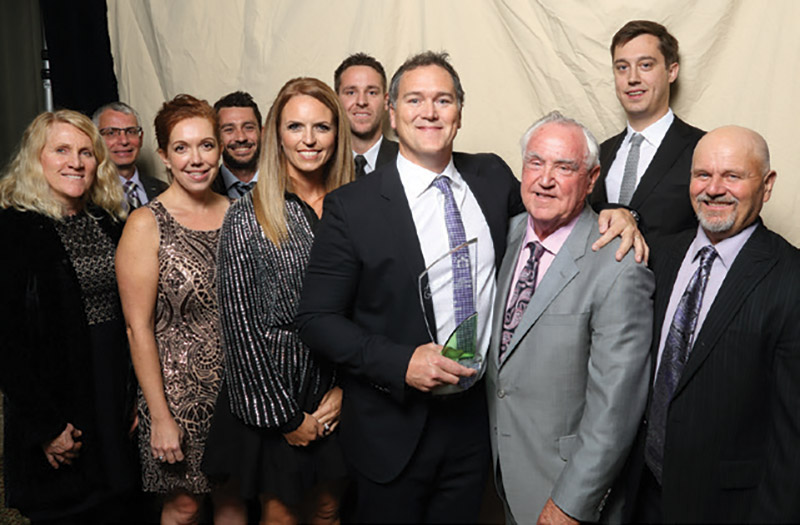 It was a night to remember for the London Home Builders’ Association as it hosted the annual presentation of Awards of CreativeExcellence (ACE) in October.

“We had a packed house, the most people ever,” says LHBA president Peder Madsen, from CCR Construction and Remodeling, of the gala dinner held at the Best Western Lamplighter Inn.

Madsen was delighted to see many new faces in this year’s crowd, as well as new contenders for the awards. The ACE Awards recognize achievements of LHBA members for various aspects of home construction and renovation.

“I like seeing fresh talent, newer companies and some that haven’t participated in the past,” he says. “There were some really great projects.”

The evening was a fitting tribute to the association’s 65th anniversary, featuring some special entertainment with Canadian standup comedian and host of the Food Network’s Eat St. James Cunningham, Madsen says. He and Paul Zubot, of Brouwer Plumbing and Heating, added their own comedic touch to the LHBA anniversary tribute with a music video that included the duo rapping and being joined by LHBA staff in a a parody of The Village People’s 1970s hit YMCA.

The evening also featured a touching tribute to the late John Westgate, of Rembrandt Homes, as he was posthumously awarded the Lifetime Achievement Award.