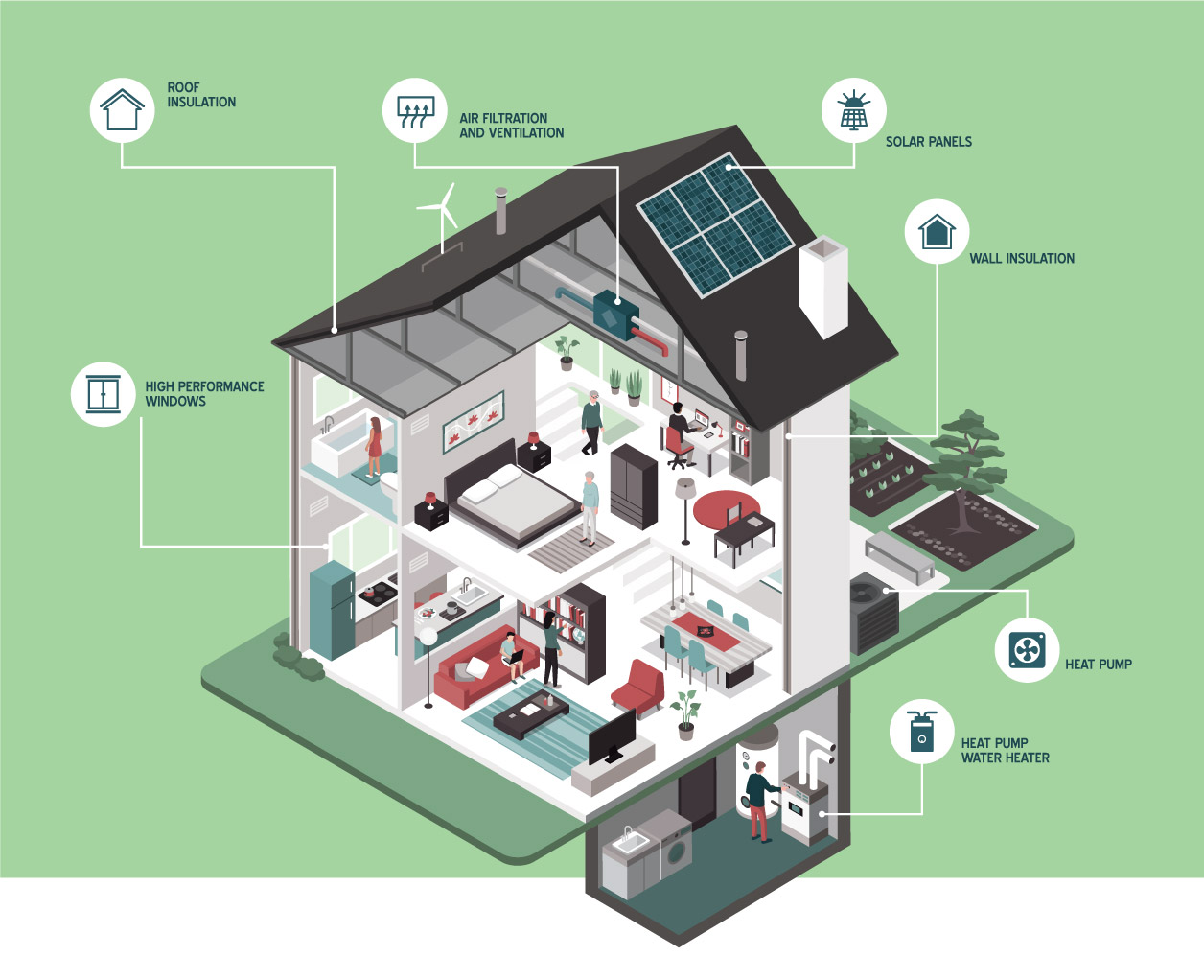 Greening Your Home Can Add Green to Your Wallet 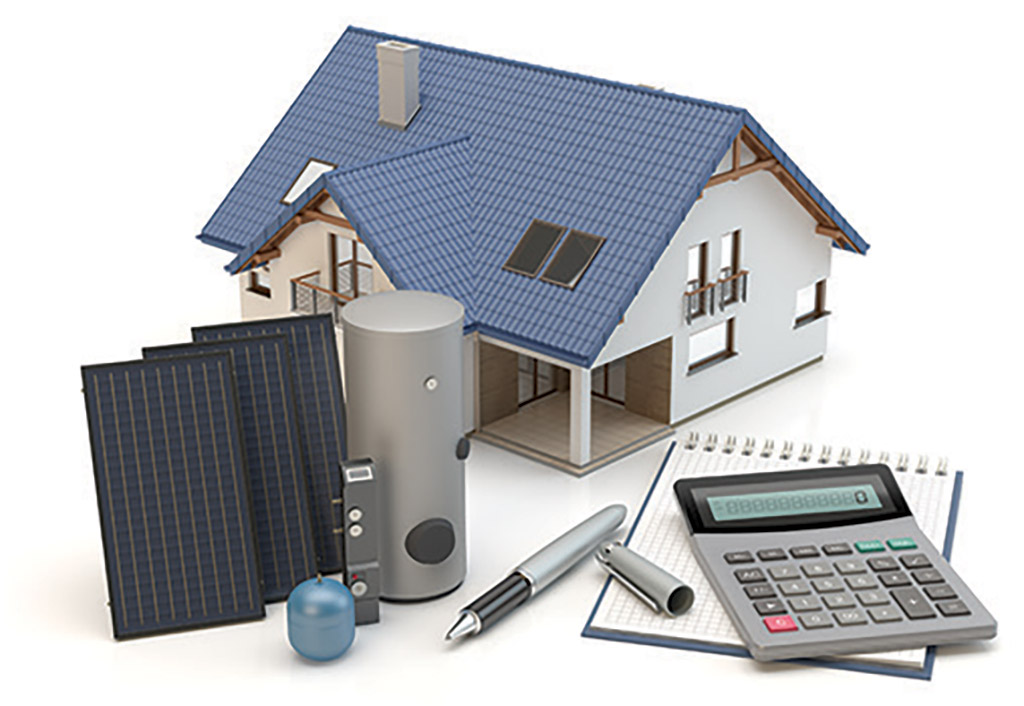 Making your home more comfortable and affordable while improving the planet’s health is an appealing offer. Throw in up to $5,600 in rebates and the federal government is hoping plenty of people apply for the Greener Homes Grant.

"This program puts money in people's pockets upfront and year after year in savings."
- PAUL GAGLIARDI, FOUNDER OF NRGWISE CONSULTING

The program, announced last May, offers rebates for retrofits such as insulation, air sealing, windows and doors. The process starts and ends with an audit by a certified energy advisor.

Eligible houses must be the primary residence and an existing building, not a new build. Homeowners register online, then book a pre-retrofit EnerGuide evaluation. “We provide detailed instructions about how to register your home,” says Gagliardi. “Once registered, we book the initial assessment before you start any upgrades.”

“Every house should have it,” says Peder Madsen, vice-president and co-owner of CCR Build + Remodel, referring to the energy audit. “It is awesome information.” 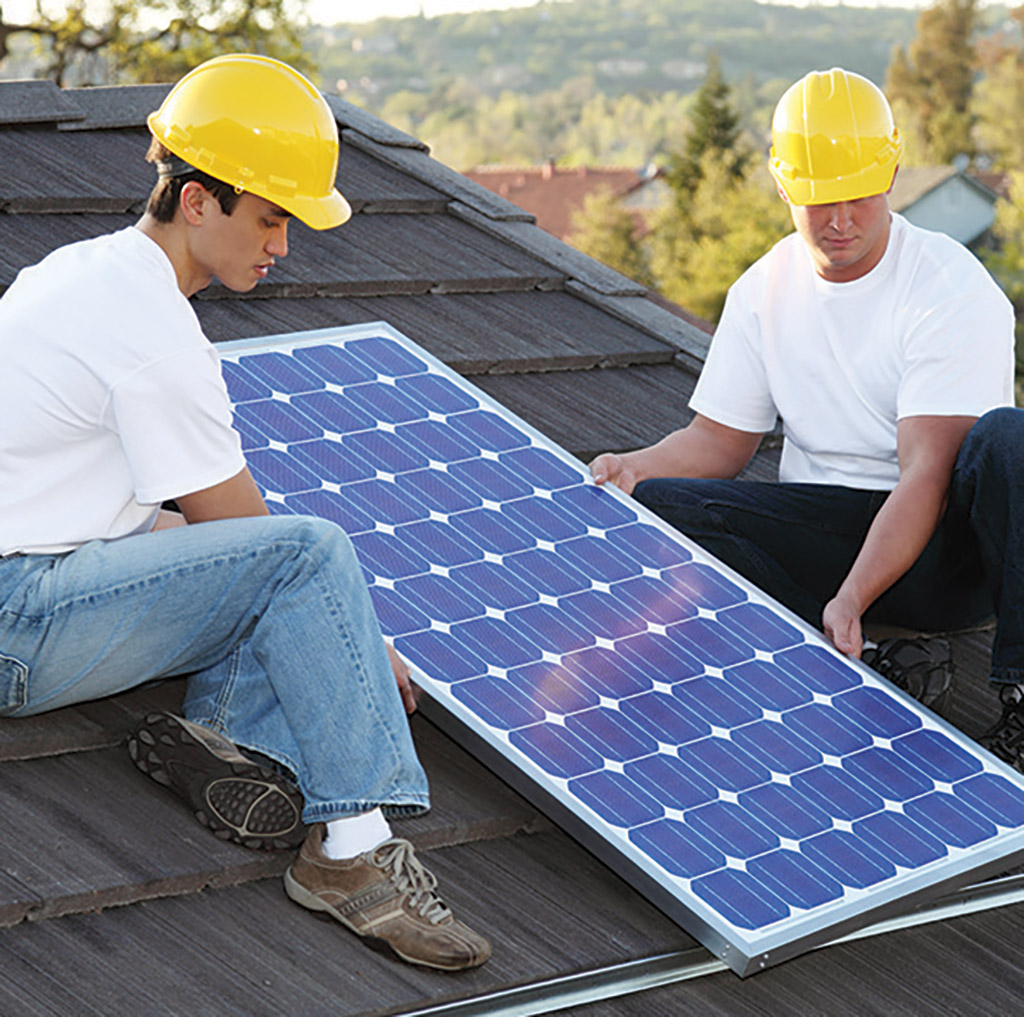 To determine how airtight your home is, an energy advisor will check it inside and outside and from attic to basement. “You receive the results of the assessment within a couple of weeks,” says Gagliardi. “You will see the current energy rating, the potential energy rating and opportunities for upgrades.” He suggests improving insulation first, then heating and cooling, followed by doors and windows. Think about exposed floors, bedrooms above garages and attic hatches. Even small changes, such as foam gaskets under receptacles and switch plates and programmable thermostats, can make a difference.

“The biggest area in the basement is the perimeter joists, and the air conditioning, power and water lines. Air seal around those and insulate. People don’t usually think of them.”

When the program was announced NRGwise experienced a spike in calls, but that has leveled off. Madsen says he’s surprised there hasn’t been more uptake on the offer. “I’m actually pushing it out to people. The money is one thing.

I stress the benefits of comfort, durability and longevity of their home.” He says if a customer is doing a main floor kitchen and bath renovation that changes three windows, he suggests doing the rest of the windows or adding insulation and air sealing and applying to Greener Homes. “It’s the contractor’s duty to enlighten the homeowners.

They can enhance the project thanks to this program.” Madsen has always put energy at the front of his approach to building and tries to educate owners. “People still think quartz countertops and the hottest colour. I ask them to think: ‘What is the design I want to see and how can my house stand the test of time.’ You can always redo countertops but not insulation.

If you’re going to invest that kind of money insulate properly.” He applauds the program’s mandatory energy audit. “As a contractor I love it. It shows where air is leaking. It is a report on the structure, insulation values, mechanics and window components.

You get a current report then another at the end. It grades the project on how well it improved – where you started and where you ended up.” Once the renovation is complete, the second energy assessment is done and a new rating provided. “When you’re getting the job done, this provides guidance,” says Madsen. “It gives all the information owners need to do the right things in the right places at the right time.”

Some improvements may cost more initially but will pay for themselves in time. “Keep all receipts to submit to the government as proof,” says Gagliardi. “I hope it takes off,” says Madsen. “In five years or more, you’ll receive 200 per cent worth of investing in the energy values of your home.” Being energy wise makes sense – and dollars, up to $5,600.

Buildings, including homes, account for 18 per cent of greenhouse emissions according to the federal government. To motivate owners to improve the energy-efficiency of their homes, the new Greener Homes Grant offers up to $5,000 in retrofit rebates and up to $600 for expert advice and evaluations.

TYPES OF UPGRADES ELIGIBLE INCLUDE

The government site provides eligibility guides, information, documents and registration at https://www.nrcan.gc.ca/ energy-efficiency/homes/canada-greener- homes-grant/23441. The site also warns about scams, saying no third parties are authorized to solicit by phone, email or at the door. “EnerGuide home energy evaluations are performed by licensed service organizations only at the request of homeowners.”