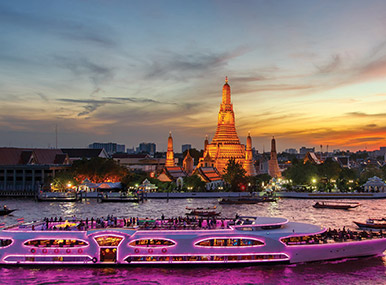 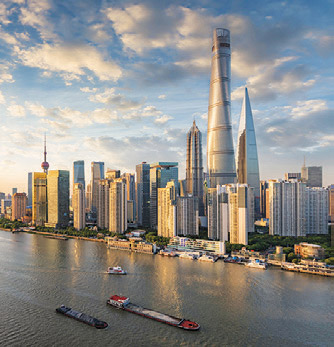 Beijing, China is an embarkation point for some Asian river cruises. 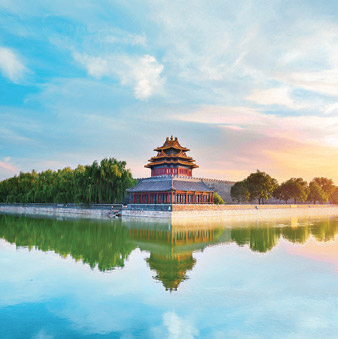 The Rivers of the Far East Offer Food and Fun

While many people have been on huge cruise ships traversing an ocean, a river cruise is a much different way to travel, especially to Southeast Asia. Doug Ellison, president and CEO of Ellison Travel & Tours, says these days the public is searching for more of an adventure, as well as a connection to some of the faraway lands they are visiting.

A river cruise to the Far East will satisfy both wishes. “The river cruises in this part of the world are quite different from what you would see on a European river cruise,” Ellison says. “The homes, vegetation, temples and accommodations are a whole different experience entirely.”

Two waterways that will make a huge impression on travellers are the 4.300- kilometre Mekong River that will take you through Vietnam and Cambodia, and the Irrawaddy River that flows through Myanmar and has culturally diverse populations living along its banks.

A river cruise will allow you to see and interact with some of the people living along the rivers, including farmers, fishers and shop owners selling wares at floating markets. It’s estimated that 70 million people live along the Mekong river basin region.

“There are sections (of the Mekong) that are incredibly lush and very vibrant. At the same time, there are tiny towns and big cities,” says Gail Ducharme, vacation department manager at Ellison Travel. “There are lots of villages that seem untouched and like you’re stepping back in time. It’s incredibly interesting.”

Southwestern Ontario travel specialist Michelle Whalen says a cruise along the Mekong should include a stop at Angkor, a key archeological site in Southeast Asia and a UNESCO World Heritage Centre.

Whalen says Angkor was the capital city of the Khmer Empire and has the famous temples of Angkor Wat and at Angkor Thom is the sculpturally decorated Bayon Temple.

Along the Irrawaddy, she says you’ll want to see the Pyu Ancient Cities, which provide the earliest testimony of the introduction of Buddhism into Southeast Asia. Also a UNESCO site, the cities date back to 200 BC. “That’s mind-blowing when you think of it and humbling.

Canada is a young country,” Whalen says. A river cruise will immerse the traveller into all that a region has to offer, says Ellison. “When you start going into Asia on river cruises, it’s more like a history tour or a cultural experience. You really do want to get off the boat and see something every day.”

Ducharme agrees that experiencing history is a key element in a river cruise. “In Vietnam, there is the war history. Although you may not be specifically going for that reason, it’s such an important part of the history of that country,” she says. “When you do stop, you’ll hear stories and see evidence and some people still talk about the Vietnam War.” 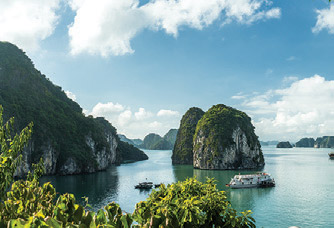 While the eyes and ears will be stimulated, there is also much to delight one’s sense of taste.

Whalen says Southeast Asia will definitely appeal to foodies. She recommends pho in Cambodia, which is a soup or broth made of chicken or beef. In Thailand, try sticky rice and pad ga pao (you’ll find several spelling variations), a spicy chicken stir fry with basil. “All of these countries have so many awesome dishes and spices it’s hard to narrow it down to one or two,” Whalen says. “Some of the world’s best street food culture comes from Asia.”

The best time to travel the Mekong is November to February, while the recommendation for cruising the Irrawaddy is from September to April.

Whalen says some may want to try to book online to cut costs, but this isn’t the type of trip to do that. She recommends talking to a trusted adviser.

Ellison says that while river cruises can be a bit more expensive, the daily excursions are included, which isn’t the case with many bigger cruises. “In some cases, you can pay almost as much for your excursions if you do them on a daily basis as you did for the cruise itself.”

He notes the river cruise ships are small and you may be cruising with fewer than 100 people. “It is very intimate. You get to know the crew and the other people there. They’re a great experience.”