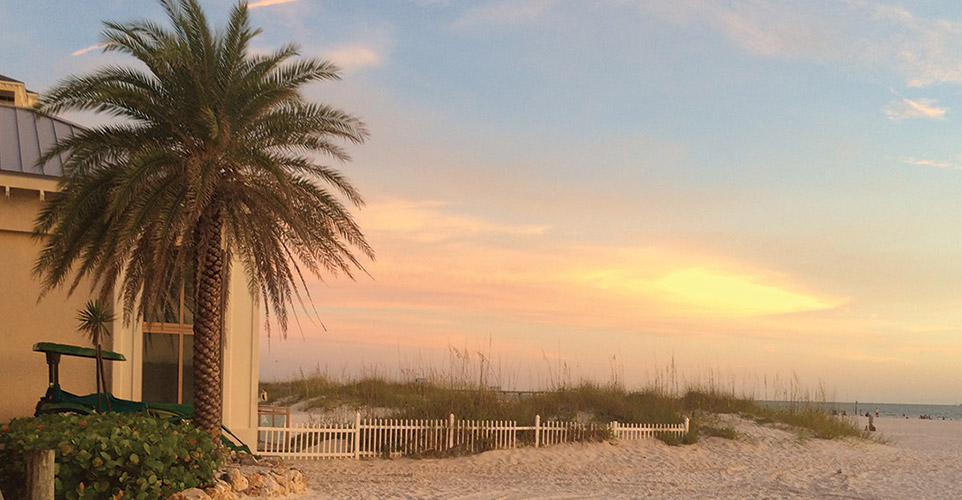 Sip coffee while watching the sun rise over the Atlantic Ocean and enjoy a cocktail as it disappears in to the waters of the Gulf of Mexico on the same day when travelling from coast to coast in Florida this winter. In just under three hours, you can motor from one coast to the other.

With so many travelers visiting the Florida Keys and Disney World, you may feel like there’s nothing new to experience in the Sunshine State but taking a few days to see some of its lesser lights is time well spent when escaping Ontario’s chilly temps.

The crystalline sands of Clearwater Beach is one of the things that makes this one of the world’s best beaches, according to USA Today, which named it America’s best beach. While the sand is darker and a bit coarser on the Atlantic side, its rolling waves make water sports, like body surfing or boogie boarding, more adventurous.

Hankering to get on the water or feeling a need for speed while in Clearwater? Take a ride on one of the several fast boat options, like the Thriller Power Boat Tour. It’s a hair-raising 60 to 70 MPH ride along the Gulf Coast. You may get to drive the boat or see dolphins during the tour. Or if something more leisurely appeals, the casual Calypso Queen or more formal Starlite Majesty offer dinner cruises at sunset that are as delicious as they are relaxing.

It is fun to catch lunch or dinner while scanning the beach at Cocoa Beach from the pier; could you catch a glimpse of Jeannie (Barbara Eden) or her astronaut beau (Larry Hagman) in this community made famous by the show they starred in? There are several dining options on the pier to enjoy before heading over for a tour of the Kennedy Space Center at Cape Canaveral.

Clearwater Beach’s Pier 60 hosts an artisans market each evening, inviting tourists and locals to do some shopping and enjoy entertainment as the sun sets. There’s a large, well equipped play area for the younger family members to enjoy.

When you’ve had enough of sand and surf there’s so much to keep you busy in central Florida. Architecture buffs will want to see the largest collection of Frank Lloyd Wright-designed buildings in the world at Florida Southern College in Lakeland. Much of the construction work was done by students. And marvelling at nature should be on your must-do list while in central Florida. The Big Cat Rescue Sanctuary in Tampa, the Clearwater Aquarium and River Ventures in Crystal River will allow you to commune with lions and tigers, Winter the dolphin from Dolphin Tale and wild manatees, respectively.

When in Florida, why not stay with one of Canada’s own? Frenchy’s Oasis Motel is owned by a former Quebecer, who also owns several area eateries. The hotel has kitchenettes and some rooms offer views of the Intracoastal Waterway, so you can watch boats glide by from your balcony. Frenchy’s South Beach Grill, Frenchy’s Rockaway Grill and Frenchy’s Seafood all offer fresh food in the fresh air.

For special occasions, The Beachcomber Restaurant offers fine dining in a retro cool atmosphere, with classic tropical cocktails – like the Mai Tai – as specialties.