PORTO IS THE NEW PARIS 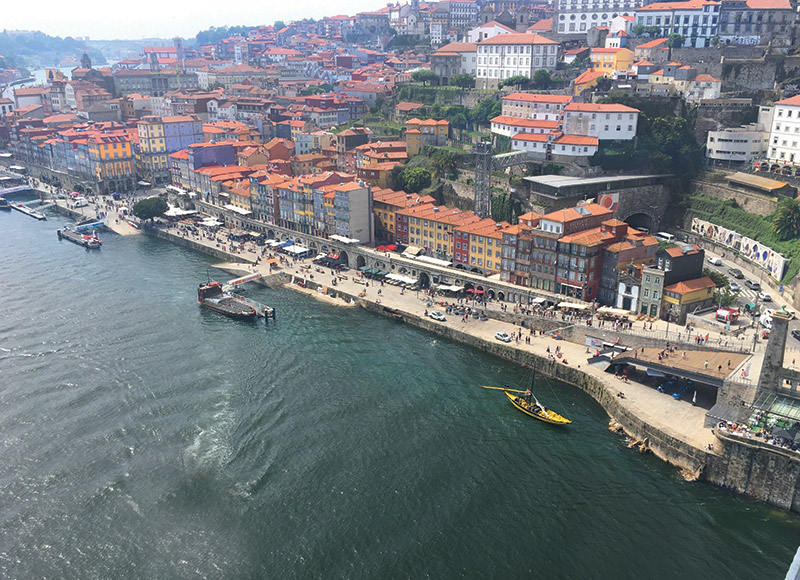 The Douro River is the main attraction of Porto, Portugal. This shot was taken from the Dom Luis Bridge, one of six bridges spanning this waterway in the city.

There’s a little secret among travellers to Europe that’s starting to get out. While the hot spots of Paris, Rome and Barcelona are still destinations where millions flock, the country of Portugal is gaining huge fans.

Doug Ellison, president and CEO of Ellison Travel & Tours, has visited the aforementioned cities and says places in Portugal, such as Porto, also have much to offer. With its Old World essence, yet contemporary conveniences, plus prices that are among the lowest in Europe, he calls his trip to Portugal in late summer an eye opener. “… I walked away saying, ‘People need to think about Portugal.’ It’s definitely a place worth visiting.” 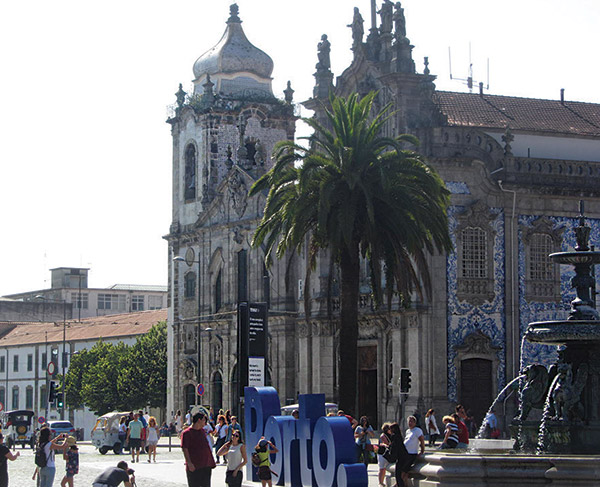 In the city square, the Porto sign is a popular gathering spot for tourists to take photos.

The magnificent Douro River is the main attraction. Taking a river cruise is a must, says Ellison. “What’s most spectacular about it is the scenery.” Its breathtaking vistas include row upon row of vineyards, planted meticulously on traditional steep terraces, and quaint villages among the hills. Wine has been produced in parts of the Douro Valley – a UNESCO World Heritage site – for more than 2,000 years.

Ellison also spent time in the Azores archipelago on the island of São Miguel. He compared it to Ireland for its lushness and green fields. Many of those fields, surprisingly have cows. Everywhere on the island, you’ll see Holsteins, which produce more than 600 million litres of milk a year. “The Azores are quite beautiful.” Ellison says it’s only a matter of time before tourism in Portugal starts catching up to other European countries. “The people are delightful. They're very nice. For those who have a fear of travel, it’s a comfortable destination.”

With such beauty and charm, Portugal also provides inspiration to artists. Ontario artist and painting instructor Kato Wake leads week-long creative holidays in Olhao, Portugal. Her Play and Paint in Portugal excursions combine studio lessons with an exploration of the picturesque fishing town in the Algarve region. “There’s so much inspiration there. It’s really connected with nature,” she says. “We do language lessons, talk about the food, do a wine tasting, so people really get a sense of where they are at.”

Wake recalls her first visit to Portugal and says she fell in love with the people and their way of life. She calls it a gentle culture, combined with entrepreneurship. “I thought there was a lot of creativity.” Wake says its mix of rustic and contemporary creates a unique juxtaposition of beauty. Beginners and experienced painters alike are welcome for Play and Paint weeks, she says. “In my classes, you go at your own speed. It’s a cozy, comfortable environment to create in.” Wake will be teaching in Olhao March 18 to 25 and March 25 to April 1, 2020.