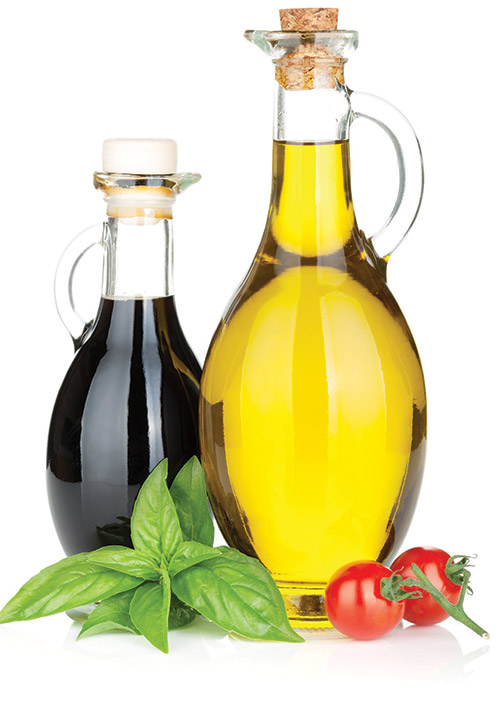 Enjoying delicious foods is one of life’s great joys, but when one of the tastiest is also one of the most nutritionally beneficial it’s a truly superlative foodie experience.

A pure, unprocessed food derived from one source after no treatment is as close to perfect as one can get. According to Sandra Venneri, nutritionist and owner of Nutrition Bites, whole foods – those that haven’t been processed – offer both macro and micro nutrients, and, therefore, offer the most health-giving properties. Eating a diet that is mainly comprised of foods in their raw or natural state is best, she adds.

Jamie Griffiths, owner of The Pristine Olive, quotes a study by the University of California, Davis Olive Center: “‘Sixty- nine per cent of imported olive oils labelled as extra virgin failed the IOC sensory standard.’ In other words, most imported extra virgin olive oils were not extra virgin at all.’”

So sourcing your olive oils for eating and cooking from a reliable source – such as The Pristine Olive or Olive Your Favourites in Stratford – is essential to being assured that it is genuine, 100 per cent EVOO.

“Think of your olive oil as freshly-squeezed juice, which always has the most nutritional benefits,” he illustrates.

The above mentioned stores offer oils obtained seasonally, which are changed at least every six to eight months following each harvest. Those imported from olive regions in the northern hemisphere – Greece, Italy, Spain, California, Tunisia – are picked and crushed in the fall, arriving in stores here in November and December. EVOO from oil-producing countries in the southern hemisphere – Australia, New Zealand, Chile, Peru, Argentina and South Africa – are picked in their fall (our spring) and make appearances at Ontario stores in early to midsummer.

When purchasing olive oil ask about the crush date,” says Michelle Hern of Olive Your Favourites. Knowing that the olive oil you’re purchasing is fresh and at its peak nutritional value is important.

EVOO is higher in oleic acid than other vegetable fats, making it a superior antioxidant. It also has a high polyphenol count. It’s a natural anti-inflammatory, explains Hern.

Griffiths adds that some of his customers purchase the “most robust oil and take a tablespoon every morning to help their arthritis. They find it very beneficial in reducing inflammation.”

But the main reason that both Hern and Griffiths, as well as millions of others, love EVOO is the taste.

“We have so many customers who try it when they are travelling in Europe and then just can’t go back to eating store bought (EVOO). They become ‘olive oil snobs’ because of the freshness and taste,” Hern chuckles.

Olive Your Favourites and The Pristine Olive carry dozens of types of EVOO, some infused with pure fruits and herbs, as well as dark and white balsamic vinegars. The latter are also pure products and made from grapes in Modena, Italy.

White and dark balsamic vinegars are mixed and infused with herbs and natural fruit flavours, as well.

Purchasing EVOO and balsamic at a specialty shop usually allows you to buy the amount you will use in a shorter amount of time, continuing to respect the integrity of the product, as it’s dispensed in 200-, 375- and 750-millimetre bottles.

“You wouldn’t buy a bottle of freshly squeezed fruit juice and leave it in the refrigerator for months,” says Griffiths, so purchase smaller amounts more frequently so that your olive oils and balsamic vinegars are always at the peak of freshness.

As Venneri says, “Whole foods – those with one ingredient – are a whole lot healthier.” 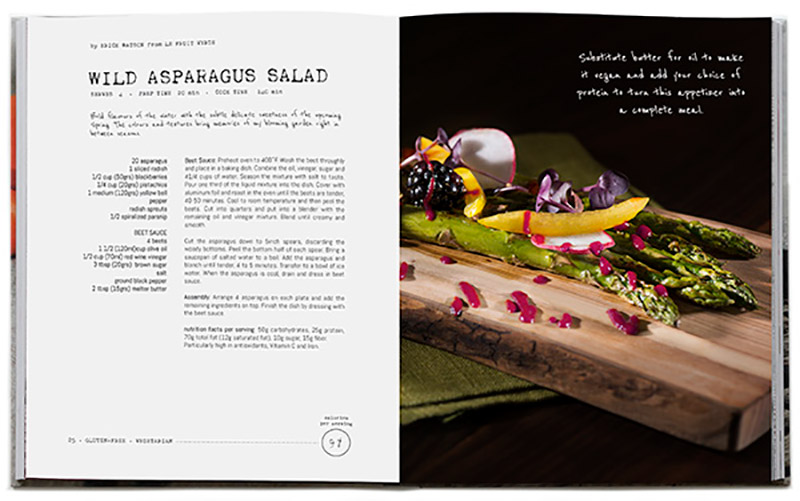 The brainchild of Alieska Robles, The Forest City Cookbook is an ambitious project focused on cooking up culinary connections.

Robles is a professional photographer who loves good food and finds herself in London, a food-loving, agri-rich community. She’s gathered 30 cooks, four craft breweries and 30 local producers to offer hardback and e-versions a cookbook with 125 recipes.

Robles’ vivid images of food will be the star of the show.

Originally from Venezuela and a newcomer to the city, Robles is passionate about gathering producers, chefs, foodies and the general community together around the table to showcase local food stuffs.

A crowd-funding model is being employed to make the project possible, with books being presold before the photography and publishing process begins. Robles leads a team of five who are pulling the project together.

Pre-orders are available to the end of 2017 on the website, with books expected to be shipped in spring of 2018.