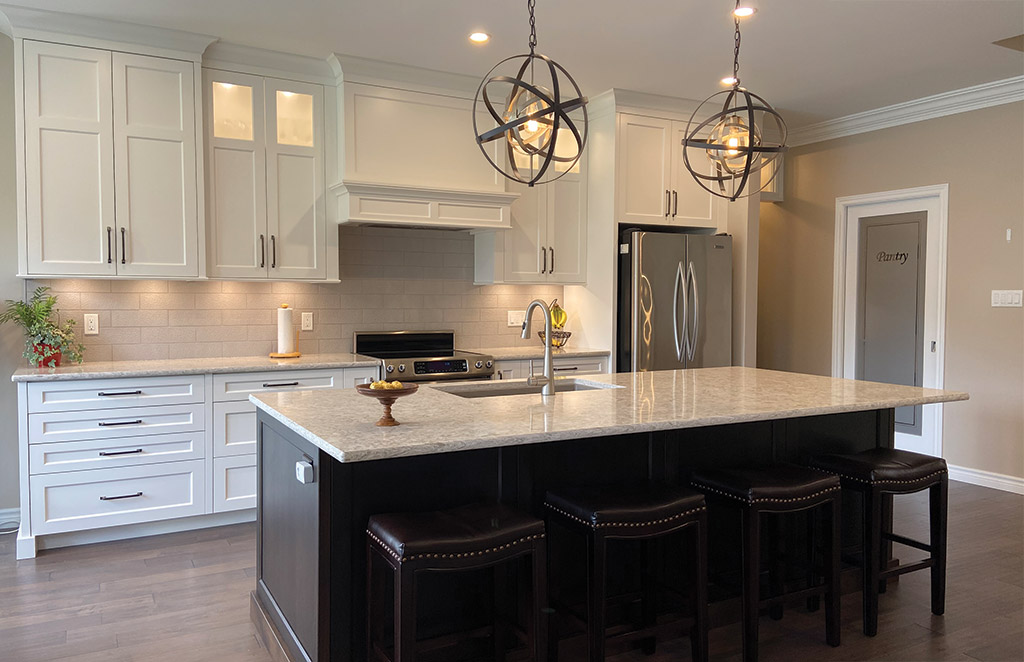 The Killingers wanted their home to be a more welcoming space for gathering with friends and family.

Entertaining at the Killinger family home is more relaxed and enjoyable these days thanks to a main floor revamp by Riverside Construction. Featured in the 2020 London Home Builders’ Association Parade of Renovations, the project opened space and created an updated kitchen. 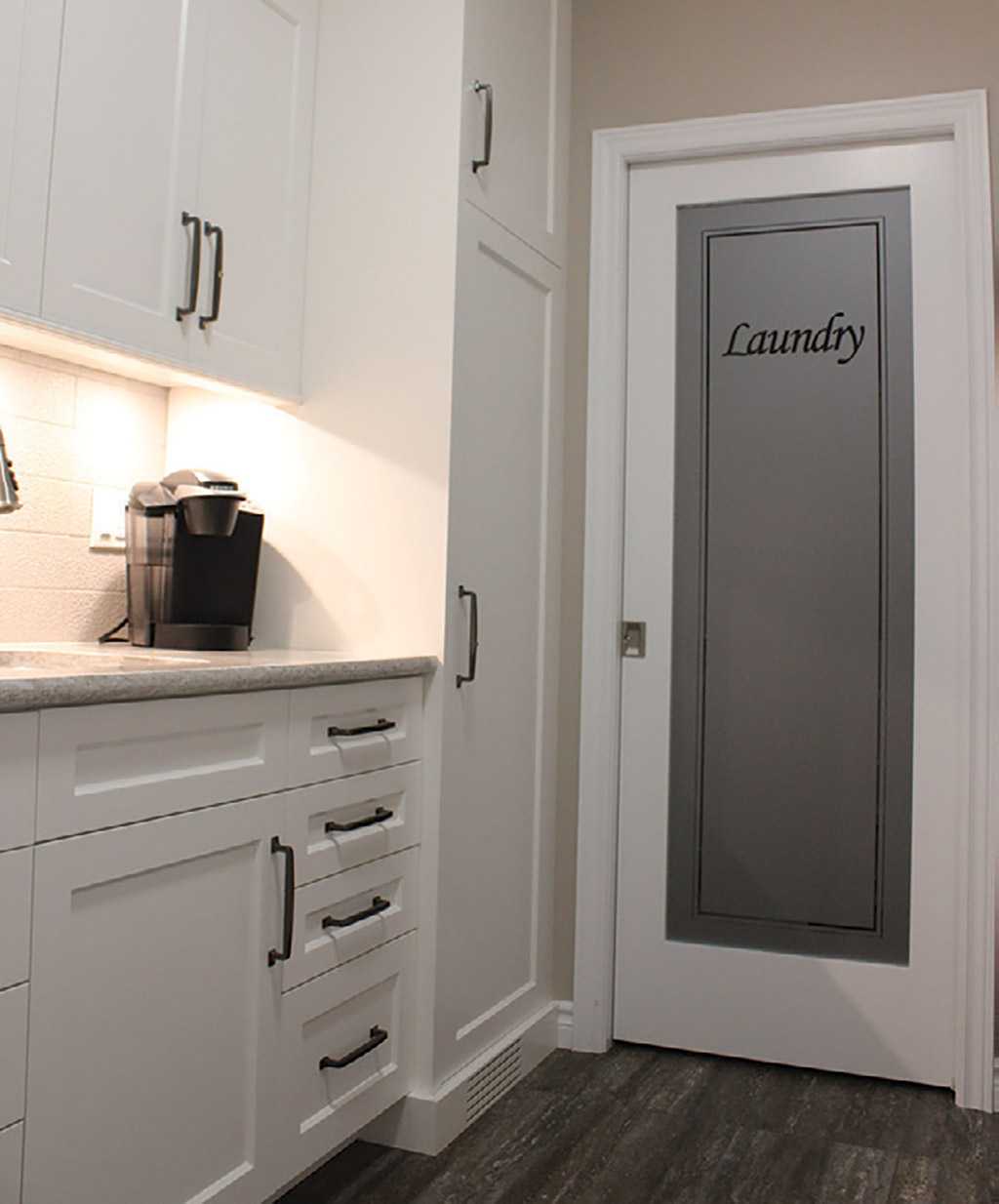 During the renovation, the laundry was relocated to an adjacent walk-in utility closet. The stacked washer/dryer and cupboard and counter space make it an efficient area.

“We love the open concept,” says Lynne Killinger. “Our house is a gathering place and now people can be in the kitchen, living room or dining room and still be part of everything – and it’s not crowded.”

Opening the space involved removing several walls that enclosed the dining room, kitchen and a stairway to the basement. This can be challenging in a large area, says Riverside owner Greg Hassall. “You need to define the spaces in different ways when you don’t have the walls, while maintaining a natural flow.”

To assist with the project, Hassall enlisted the services of London designer Myra Tuer. “She was great,” Killinger says. “She immediately had the same vision as we had for the space.” 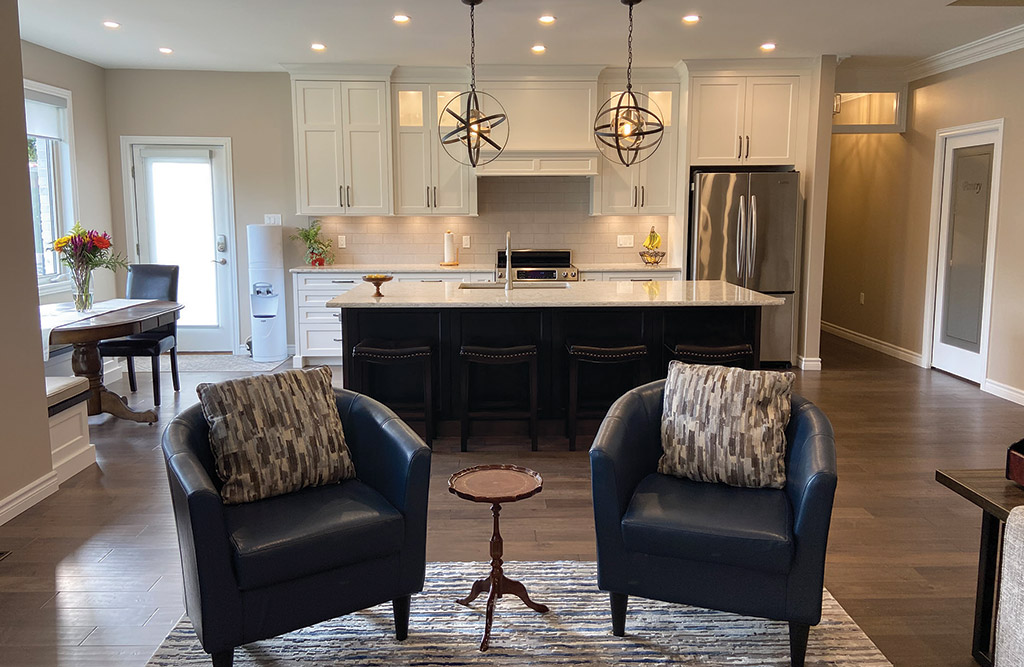 The clean, bright open-concept kitchen and adjoining rooms provide space so “people can be in the kitchen, living room or dining room and still be part of everything,” says Lynne Killinger.

Her ideas were instrumental in solving layout issues, including dealing with the basement stairway when the wall encasing it was removed. The initial idea was to install new railing, but Tuer suggested boxing it in on three sides with a waist-high enclosure that would not attract the eye away from the adjoining living room in the way that a rail might. “We love it,” Killinger says. “We don’t even notice it’s there.”

Another challenge was replacing storage space previously offered by wall cabinets. Here, the renovation team came up with a solution that is a highlight of the project for Hassall. A laundry/mudroom off the kitchen was converted to a butler’s pantry with the addition of a sink and cabinetry as well as a stand-up freezer. Meanwhile the laundry was relocated to an adjacent walk-in utility closet, which is populated by a stacked washer/dryer and a built-in counter and cupboard. The butler’s pantry is becoming a growing trend, Hassall says. “We’re seeing more of it in the last couple of years as people try to create an extension of their kitchen.” 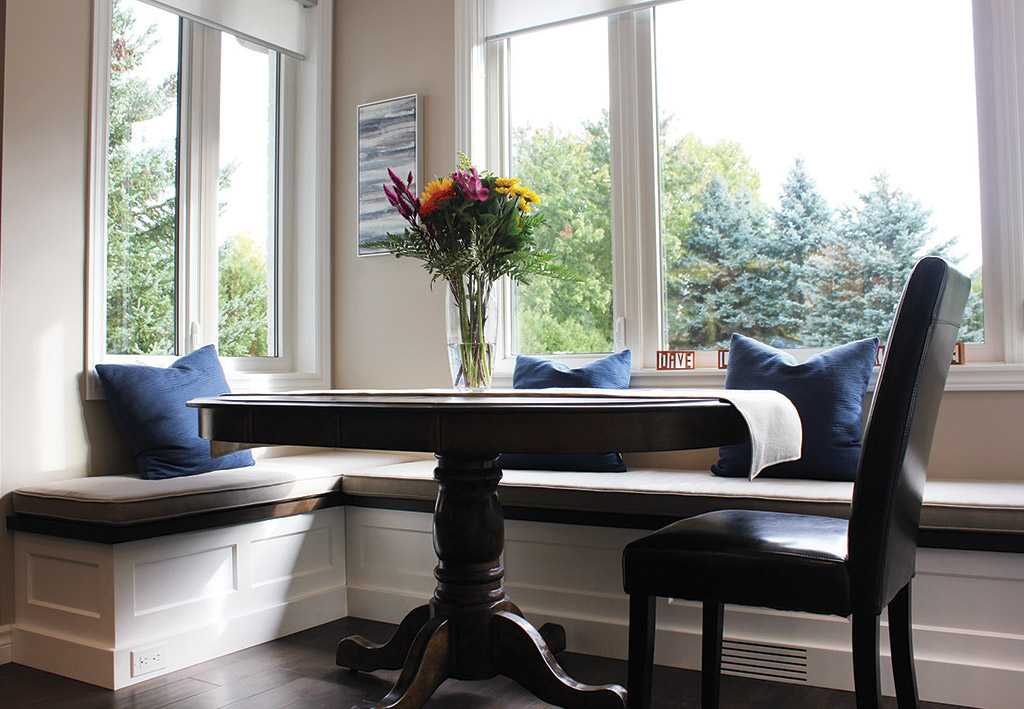 The kitchen features ample storage in the pantry, in the large island and under the banquette seating built along the windows in the dinette area.

Killinger is thrilled with the amount of storage capacity her new kitchen offers. In addition to the pantry, she cites space in the extra deep island and beneath the banquette seating built along the windows in the dinette area. “They really made use of every square inch.” 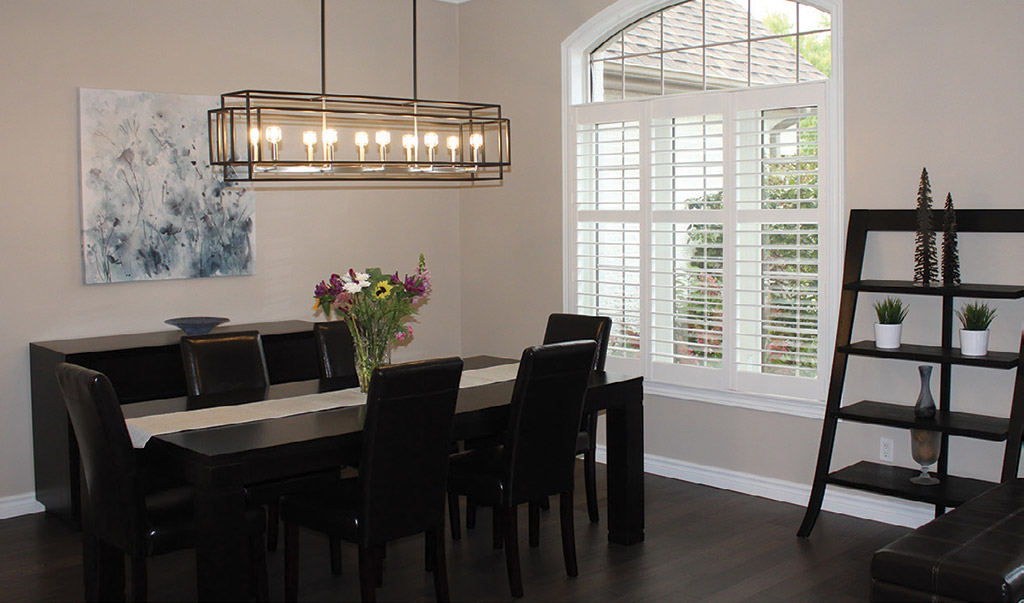 Engineered hardwood was used throughout the main floor renovation, including the dining room.

The living room fireplace also got a facelift, which is one of Killinger’s favourite elements. The traditional wood frame was replaced with a more contemporary surround, incor-porating crushed marble. “It’s really unique,” she says. 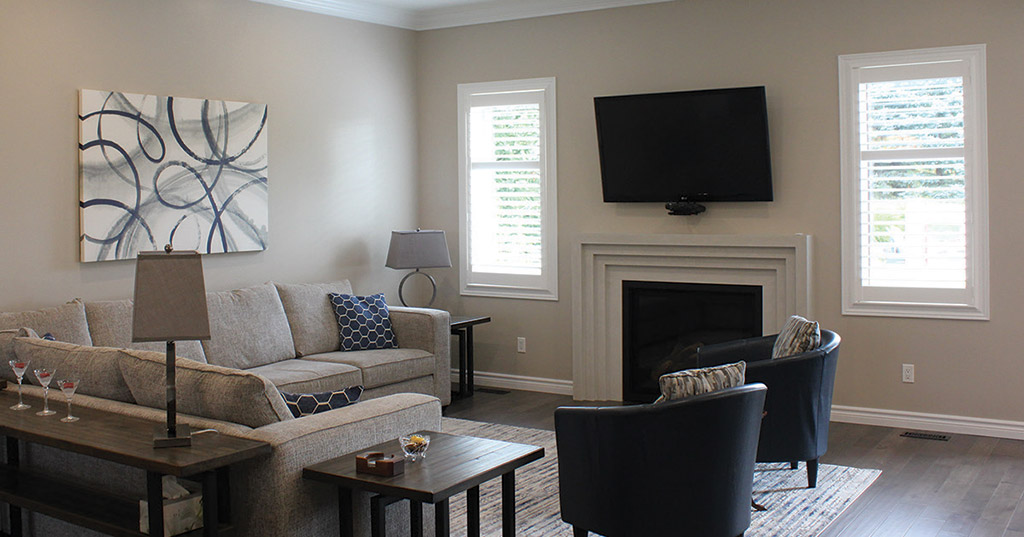 In the living room, the fireplace was updated with a contemporary mantle made of crushed marble.

“For me, the finished result is fantastic,” Hassall says. “I think we achieved what they were going for.” “It’s even better than we expected,” Killinger agrees. n