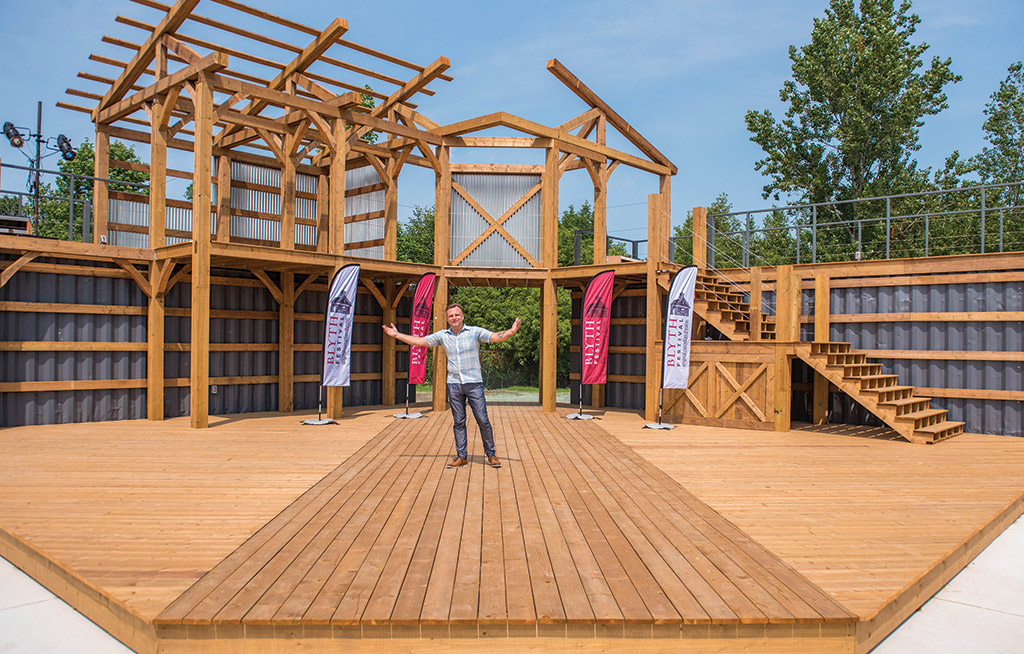 Area Theatres are Ready to Perform

Gathering to enjoy a communal experience - that is what is so exciting about the 2022 season at regional theatres. Actors, musicians, technicians, behind-the-scenes crews and audience members have all yearned for this the last two years. As Gill Garratt says, “Theatre can’t exist in a bubble. It can’t be captured on a Zoom screen. This summer is a reminder of the real vitality of it. We’re back in communion with the audience. That’s why we do it.”

Here is a look at how the area theatres are bringing back that shared experience.

The outdoor Harvest Stage is a gift at Blyth Festival Theatre, says artistic director Gil Garratt. It gives artists and audiences alike a safe, beautiful space. Plus, there is an added dimension with fields beyond and stars above.

Built in 2021 with community support, the amphitheatre provides a way to bring the theatre and audiences together. “Huron country sunsets are world-renowned,” says Garratt. “The audience can watch the show with this incredible backdrop.”

It is particularly appropriate for The Drawer Boy. “There is so much beautiful stuff about the stars. It will be really special.”

The Drawer Boy itself is special, marking 50 years since The Farm Show, a Canadian play that kickstarted a boom in writing. A group of Toronto actors stayed on farms around Blyth, acquiring hands-on experience and gathering material to develop The Farm Show.

The Drawer Boy is a fictitious account of their summer. “A cultural explosion happened in our community as a result of The Farm Show, and it will be part of what audiences feel. The theatre’s culture was born out of that moment.”

With a mandate for new play development at Blyth, the outdoor stage meant a shift for writers. For example, playwright Marie Beath Badian was excited to think about an actual car for the world premiere of The Waltz.

“It’s informing the kind of work we’re choosing for it,” says Garratt of the stage. “It’s a very intimate space but different from a room where you turn off the lights and pretend you’re not there.”

Drew Hayden Taylor’s Cottagers and Indians examines the collisions between consumerism and environmentalism, Indigenous and non-Indigenous with wit and poignancy.

is the word that David Hogan uses to describe this season at the Victoria Playhouse. “We have an exciting group of artists, and we’re so excited to open the doors. I am excited about the audience, to lead a healthy welcome-back season that everyone feels is safe, secure and celebratory. I am excited to conduct that as leader of this ship.”

On board are familiar favourites, award-winners and new faces. On Golden Pond features four-time Emmy winner Michael Learned, with Order of Canada recipient Walter Borden. Rod Beattie brings his Wingfield Lost and Found. The music of legendary singers is featured in Divine Women, with songs arranged by music director Mark Payne. When Irish Eyes are Smiling is set in a pub. This playbill was scheduled for 2020. “It’s been two years in the making,” says Hogan.

David Hogan and David Rogers are co-artistic directors and know their audience well. “The audience calls the theatre their own.” About 80 per cent kept their tickets from 2020 rather than asking for a refund. “It really saved us, and we’re grateful. We’re going to make sure they’re having a good time.”

Michael Learned returns to the Victoria Playhouse to star in On Golden Pond. David Hogan, co-artistic director, calls her “a masterclass in acting."

Hogan says they always plan to open with a celebration and close with a party. The closing party is his favourite in September. “I’m Irish, so I can’t wait to celebrate my people. When Irish Eyes are Smiling is set in an Irish pub that speaks to me heart and soul.”

He directs On Golden Pond. “It’s a heart-warming, loving story. I’m excited to be back with Michael (who starred in Driving Miss Daisy a few years ago). You have to come to see Michael Learned. She’s a masterclass in acting.” Hogan also praises Borden, who plays Norm, and has won awards for his acting and activism.

Beattie's wry Walt Wingfield battles bees and other issues in the last installment of the series, Wingfield Lost and Found.

“We’re always excited to open, and this particular year it’s about the pure joy of sharing songs, stories and dance with people - and we’re never going to take it for granted. It’s the season worth waiting for. Most importantly, I’m just excited to be gathering again.”

Port Stanley Festival Theatre celebrates with three world premieres. “It’s a first for us,” says Tony Scalfani, theatre manager. “Two of the three world premieres evolved from our playwright festival, a workshopping system, and Norm was willing to have us premiere his new play.” 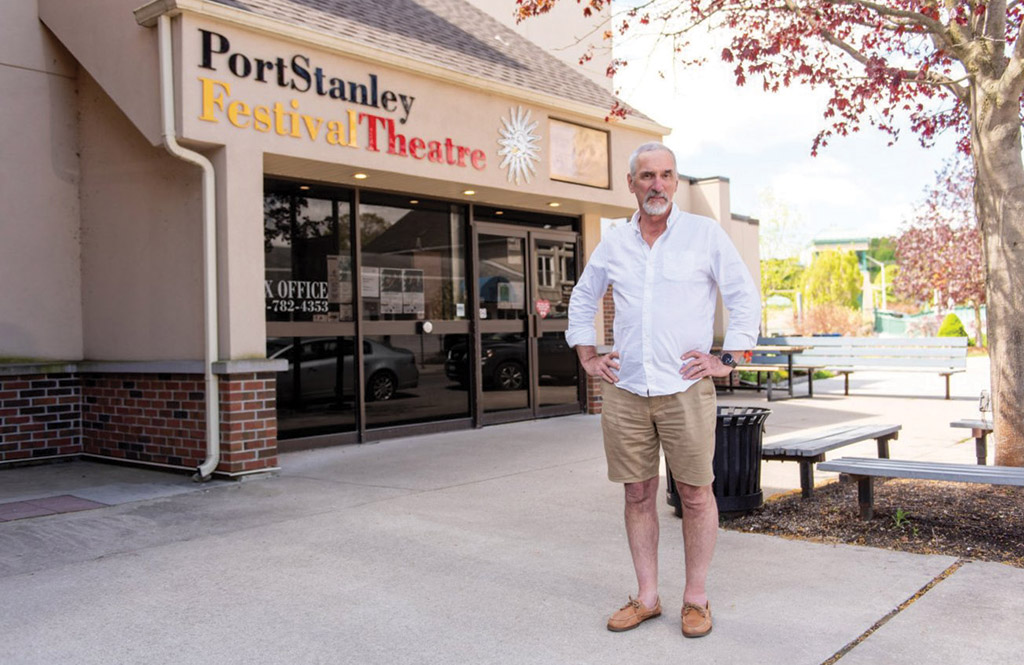 The latter refers to Norm Foster’s My Hero; the first two are Our House by Murray Furrow, and The View From Here by Jamie Williams.

The theatre’s mandate is producing Canadian shows, and it receives Ontario Arts Council grants to fund the development of plays. Artistic director Simon Joynes distributes the funding to playwrights and two or three are chosen for the workshops.

Professional actors perform the plays for an audience that provides feedback, which becomes part of the selection process for the season.

A new work can be scheduled for the following year, a future date or picked up by another theatre.

The View From Here explores what happens when things do not go as planned and Our House is a comedic take on the meaning of home. “The audience will get a kick out of seeing the final interpretation,” says Scalfani. “They get to see it come to life.”

Foster, called Canada’s king of comedy, writes about new beginnings in My Hero. Meet My Sister offers a fast-paced, fun look at sibling rivalry and family secrets. A summer of comedy and music may be just what the doctor ordered. 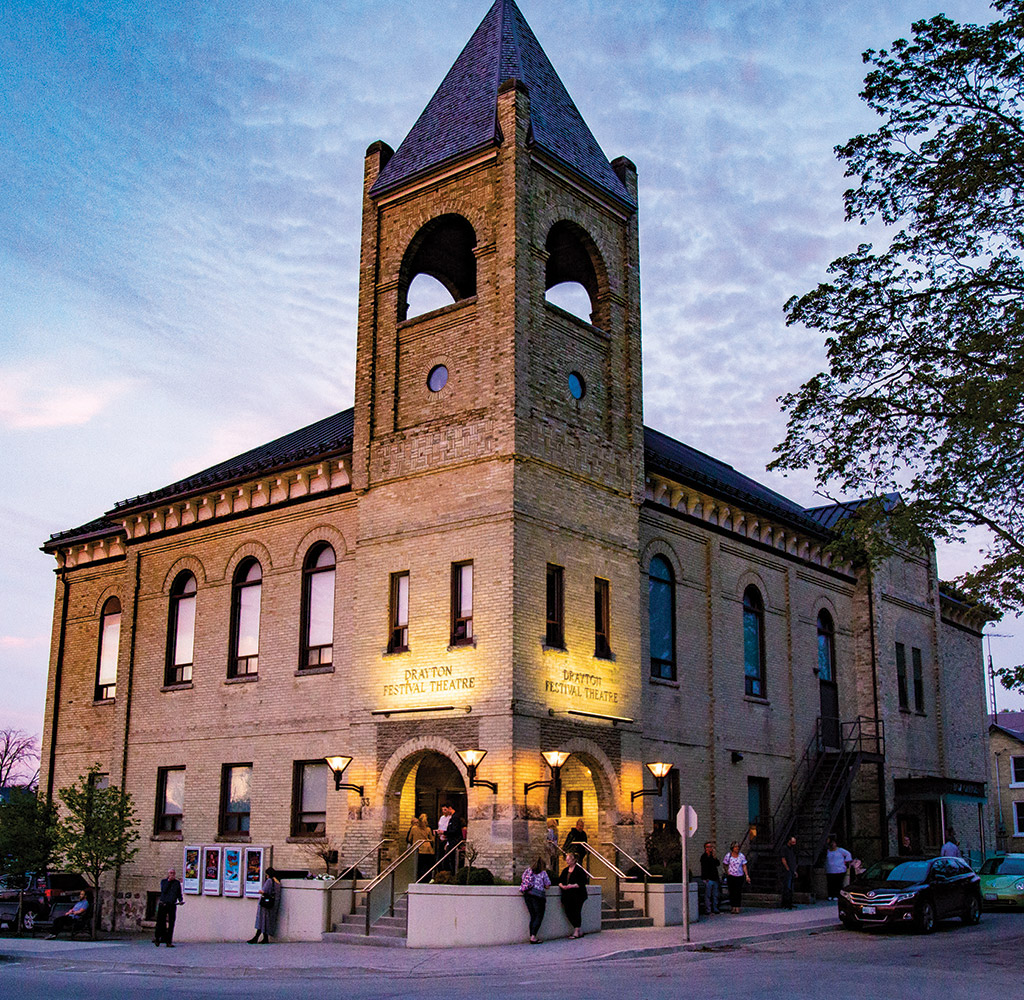 Buying the Farm and Good Ol’ Country Gospel are ideal shows for the idyllic setting at the Drayton Festival Theatre. Artistic director and CEO of Drayton Entertainment Alex Mustakas says a variety of factors are considered when matching shows and theatres.

Drayton provides the right backdrop for a rural romantic comedy. Buying the Farm is a multi-generational play, a love note to farming and a look at the challenges of maintaining the family farm.

The smaller theatre is also a good testing ground. “If it (Buying the Farm) does well, it could appear in 2023 in St. Jacob’s or Grand Bend.” 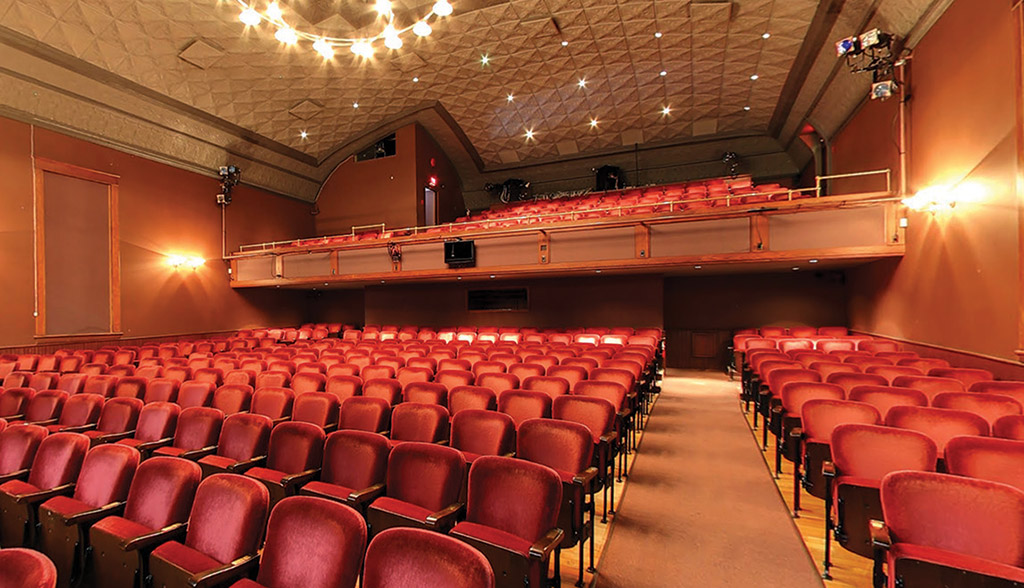 “There is something for everyone,” says Mustakas.