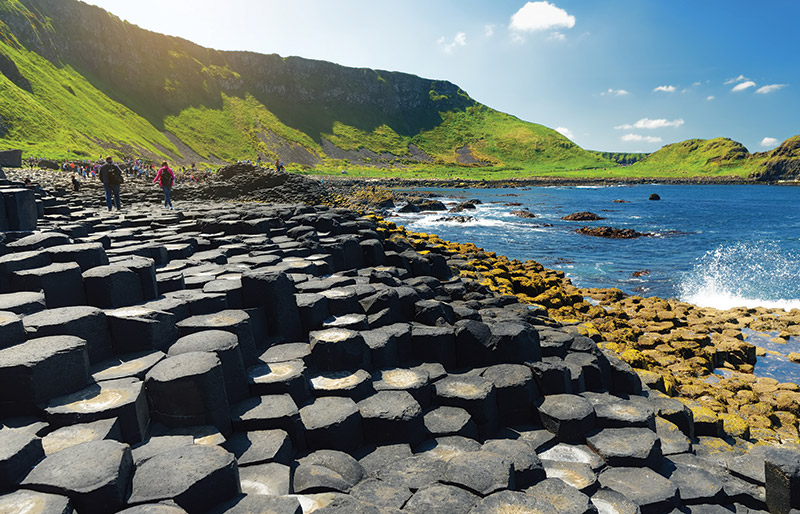 Travel to where spring is greener than green

It’s springtime in southwestern Ontario, flowers are blooming, birds are singing and the grass is green. However, ask anyone who has ever travelled to Ireland and they will tell you: ‘You haven’t seen the colour green until you’ve seen the green of the Emerald Isle.’ 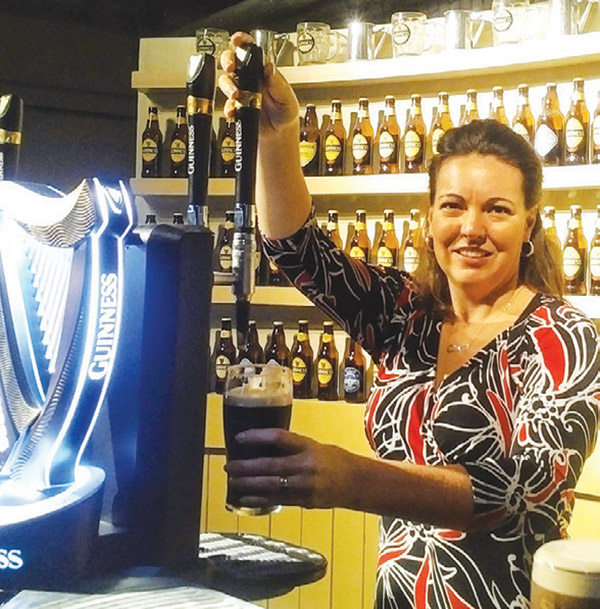 [A stop at some of Ireland's famous pubs for a pint of Guinness is a must.]

Sitting further north than southwestern Ontario, it seems mystical that this island nation of about 4.8 million people could be covered in such lush green grasses and, of course, shamrocks.

Ocean currents bring warmer waters further north, and there is a lot of precipitation - about 225 days of rain a year in western parts of the country. All of that rain, combined with more moderate temperatures, is ideal for vegetation.

While the green rolling hillsides are beautiful, they are not the only star attraction of this magical land. There are the historical favourites to which tourists have been flocking for decades. Near the top of everyone’s list is the Blarney Castle with its infamous stone that has visitors bending over backwards to kiss it.

Legend has it that puckering up to this 1446 stone endows the kisser with the gift of the gab.

Belfast, the capital city of Northern Ireland, is home to Titanic Belfast. It tells the story of the doomed ocean liner, RMS Titanic, sitting on the site of the former shipyard where the Titanic – the largest ship of the times - was built.

Another must-see is the UNESCO World Heritage Site, the Giant’s Causeway on the northern tip of Ireland with its 40,000 interlocking hexagonal basalt columns. It rivals the Cliffs of Moher in its majesty, which rise 214 metres above the sea in County Clare.

It’s a place that, when weather conditions are right, sea waters will be pushed up and over the cliffs, catching unsuspecting visitors off guard.

And of course, there are pubs dotting cities and villages across the country. “You can’t go to Ireland and not take in one of the local pubs,” said Eliuk. “The people of Ireland are so very warm and open. They are great story tellers and will talk with you as if they have known you for a very long time.”

In Dublin, the Temple Bar hosts a number of cultural institutions for daytime visiting. After dark, however, it becomes a high energy center for nightlife with tourists crowding into nightclubs, restaurants and any number of bars. That includes the ever-popular Temple Bar Pub where the music is lively and the whiskey and Guinness flow.

But what about some of the perhaps, lesser-known attractions? “One thing people may not realize about Ireland is that it is a spectacular place to see the northern lights,” said Eliuk. “An old fortress in Donegal, the Grianan of Aileach, is a great spot for photographers to get some amazing shots.”

Not far from Dublin, but a little off the beaten track is the ‘Wonderful Barn,’ a corkscrew-shaped stone building built after a famine in the 1700s to create jobs and to act as a place to store grain should there be another famine.

“Ireland is one of our top European destinations,” said Gail Ducharme, a vacation manager with Ellison Travel and Tours. “Small group tours made up of friends or family are really trending right now.” With six to ten people in a group, a travel itinerary can be customized to suit a group’s particular interests. “They get a tour guide and bus to themselves. That provides flexibility to change the itinerary on the go, if they want to.”

One popular group tour has families tracing their own history. “A lot of Canadians have historical ties back to Ireland,” said Ducharme. “We build them a tour to help them find their family heritage with visits that include churches and graveyards.”

From bubble domes, to yurts; from world famous wool sweaters, to cooking classes and craft breweries; from Waterford crystal to the lively sounds of Celtic music, Ireland has something for everyone. Plan your itinerary ahead of time to soak up as much of this green land as possible.

Even so, chances are, you will return. “One visit won’t do it all,” said Eliuk. [Many claim that the Irish countryside is the greenest green on earth.]