A PIECE OF PARADISE 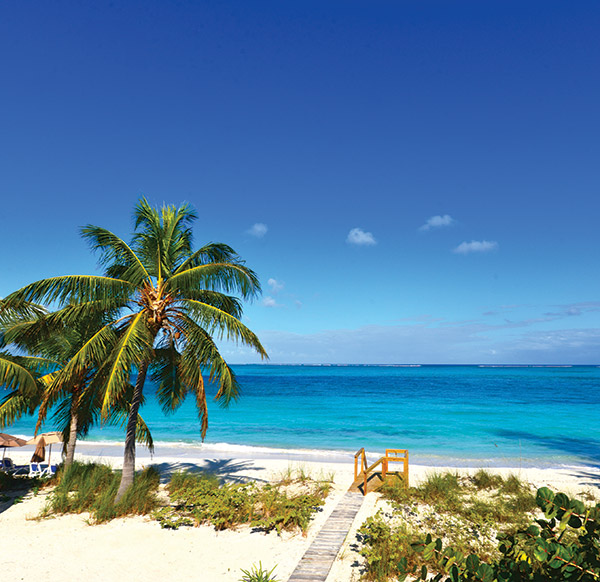 Turks and Caicos is a luxurious destination, with its quiet serenity, crystalline waters and white powder beaches that attract travellers from around the world.

Vacationing in an idyllic setting on a tropical island, populated by A-listers, with a private high-end home – that was the wish of Jeremy and Trish Wiggell. Not just a wish, a dream one they brought to life.

The couple, who resides in London most of the year, purchased their lot near Providenciales, Turks and Caicos two years ago and started building in 2019.

They fell in love with the lush island of Providenciales, often called Provo, with its bucolic pace and peaceful atmosphere. Trish is originally from Wales and Jeremy hails from England, so they are at home on the island, which is one of a group of islands that are a British Overseas Protectorate. English is the prevalent language and American dollars are the currency used.

“It’s pretty unique in terms of its culture. Ever since it has been developed, its been a high-end clientele that visits, with many homes owned by celebrities,” says Jeremy Wiggell. He names Bruce Willis, Keith Richards and Celine Dion as some of the luminaries who reside there. The couple appreciates that this is a less visited part of the Caribbean.

“It’s never crowded compared to average holiday resort areas. There are no beach vendors, and it’s very calm and serene, with its own natural beauty.” 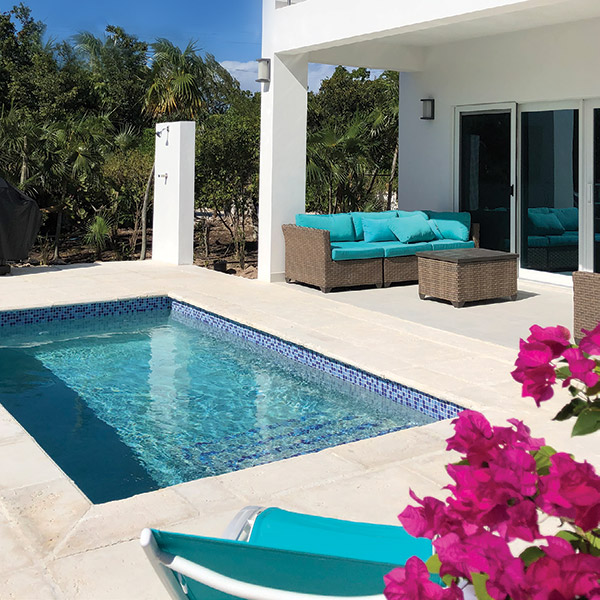 In their 60s, the couple built Gracehaven as a vacation home and future retirement residence on a half-acre of property. It is 250 yards from Grace Bay beach, rated one of the world’s best by Trip Advisor. The two-storey, 1,100 square foot home, with a pool and private grounds, is “a lush tropical setting, with natural vegetation around it,” says Wiggell. Jeremy is a management consultant, and Trish owns the Bijou Boutique in Byron.

The house is ideal for them as a couple. It features a large master suite on the second floor that includes an open ensuite, with a walk-in shower, and a balcony overlooking the pool. The lower level contains the living room and kitchen.

When not in residence, the Wiggells rent the home as a vacation property. Corry (64) and Svetlana (54) Spitters were the first guests to enjoy the property. The B.C. couple travels extensively and was on the hunt for a non-resort property for a winter getaway when Corry found it on the web.

Corry Spitters has been to over 60 countries over the years but had not visited Turks and Caicos before the couple’s two-week holiday there last winter. They wanted to get away to somewhere with total relaxation and opportunities to walk the beach. The Wiggell’s property, with its quietude and immediate proximity to a 12-mile long beach fit the bill.

The Spitters liked the privacy of the gated home and the understated elegance of its décor. Svetlana, who Corry calls a “fantastic cook,” made good use of the kitchen, preparing most of the couple’s meals during their stay. The house is just a mile and half from a fully stocked grocery store.

Corry owns Oranya Farms Organic Chicken, so he appreciated the good Wi-Fi connection, enabling him to stay in contact with work during their time away. There are direct flights from Toronto to Providenciales and the Spitters rented a car to tour the island.

Though the Spitters wanted a quiet holiday, Turks and Caicos also offers active vacation pursuits for those who want to have a mix of relaxation and action. Besides swimming in the property’s pool and in the ocean, other water activities include snorkeling from the beach (no need for an expensive boat excursion), kite surfing and deep-sea fishing. The local bars and clubs offer night life, as well.

Though designed for a couple, the house sleeps four, as there’s a Murphy bed in the living room. It rents for $295 (US) per night in low season and $475 (US) per night in high season, which runs from Christmas to the end of March. 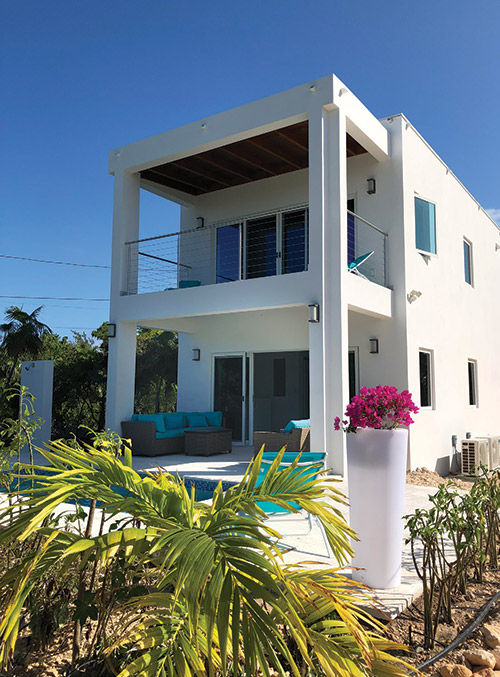 Wiggell says that one of the island’s attractive draws is its consistent temperatures in the 70s and 80s during high season. Turks and Caicos also has a favourable record of being missed by some of the disastrous storms that regularly devastate many Caribbean islands. “It’s only been hit seriously (by hurricanes) twice in the past 20 years,” he explains.