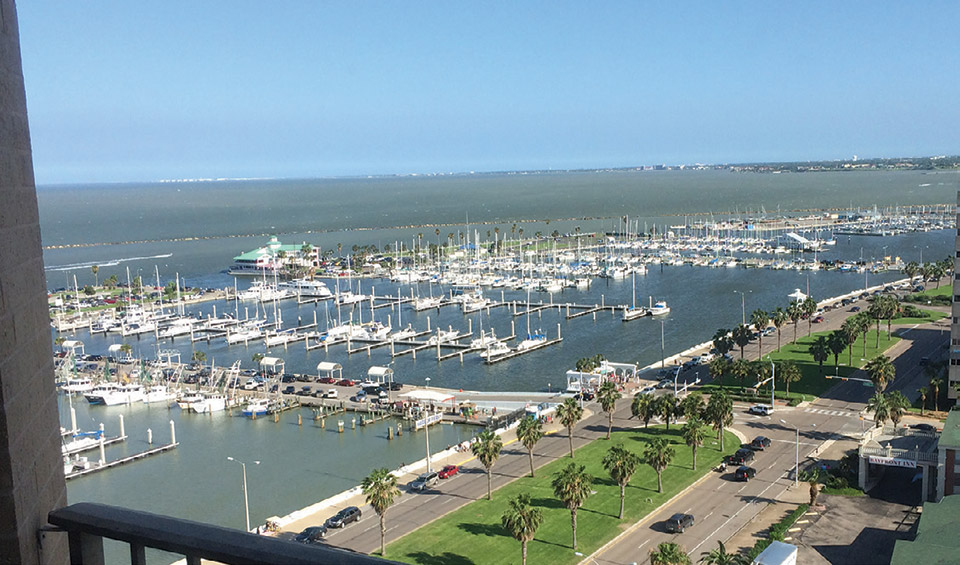 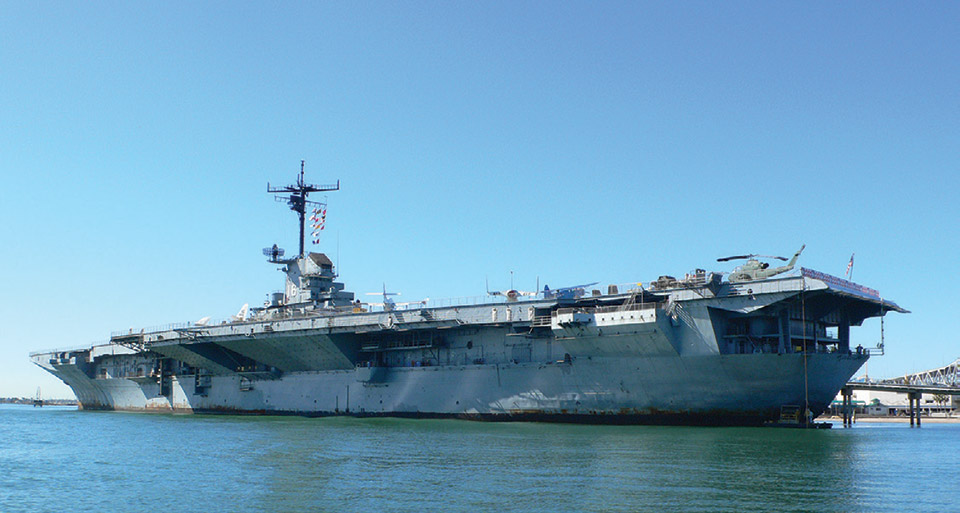 From the towering hotels that border North Shoreline Boulevard, the Gulf of Mexico sparkles like a three-carat diamond, and blue skies stretch forever. Everything’s bigger in Texas and that’s true of Corpus Christi, the jewel of America’s third coast.

If you stroll along the seawall dotted with picturesque gazebos, the waters of Corpus Christi Bay sparkle in the sun, and boats – shrimpers alongside sail boats and power yachts – give visitors the diverse flavour of this Texas town.

Your jaunt will take you by the Selena memorial, an interactive homage to the popular Hispanic singer who died in Corpus Christi and still has a strong following there. Among the dozens of fans who gather there daily, watch for the gentleman with a pet miniature horse sometimes perched nearby.

The Lex – U.S.S. Lexington, a Second World War aircraft carrier, dominates the harbourscape, glowing purple after dark and offering tours during the day.

You can also catch the RTA harbour ferry and get a closer look at the Lex from the water, which provides a panoramic view of the city’s skyline and is a cheap way ($3 US per person) to get to the municipal beach.

"Renting is simple and stress-free" 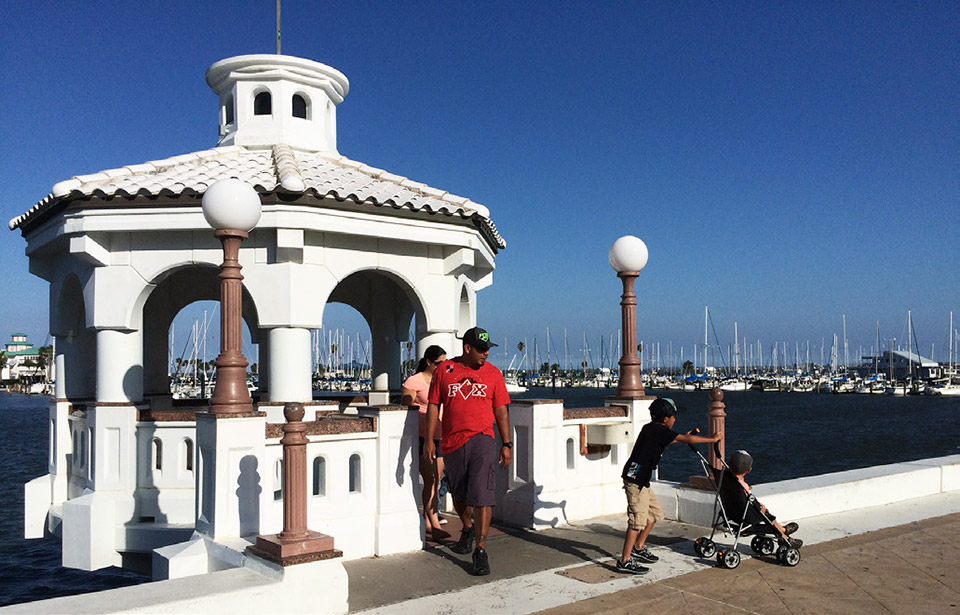 Across from the marina, Segcity Segway tours loop visitors through the seawall and museum districts, providing a really fun way to see some of the city and learn about its history and culture from guide Tim Heuston. Watch for the model of the solar system, near the People’s T-head, that shows the planets relative positions to each other. Very cool and free.

Staying at one of the many seaside hotels – like the Holiday Inn – puts you within walking distance of all these and more of the city’s enjoyable sites and eateries.

To enjoy delicious seafood while actually on the sea, visit Landry’s Seafood House. Or take a drive over to Mustang Island for some beach time and stop for lunch at a casual open air eatery called Doc’s Seafood and Steaks.

The Whataburger chain of restaurants was founded in Corpus Christi and the only two-storey one resides along North Shoreline Boulevard, where you get a view of the harbour while chowing down on their famous burgers and onion rings.

Adding colour to your trip is easy with stops at the South Texas Botanical Gardens and Nature Centre or Texas State Aquarium. Interesting and active flora and fauna will greet you at both stops. 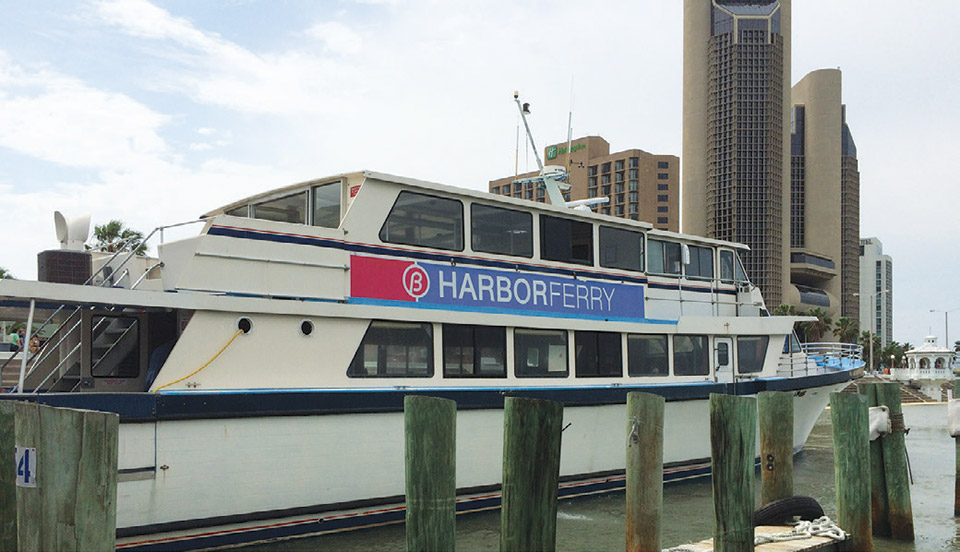 While you’re in the Lone Star State, why not stop at another one (or more) of its interesting cities.

Even if you’re not a fan of J.R. Ewing, Dallas is worth a stop. The world’s biggest domed stadium resides there and the home of the NFL’s legendary Cowboys is as beautiful as it is enormous. For instance, over 40,000 pieces of Italian marble – sparkling black with Cowboy-blue flecks - were imported from Italy to highlight floors in the lobby areas.

One of Dallas’ most infamous moments – the assassination of President John. F. Kennedy – is commemorated at the Sixth Floor Museum at Dealey Plaza.

Take in the entire city at a single stop of your sightseeing tour. A trip up the Reunion Tower gives a panoramic view of Dallas.

THE HILLS ARE ALIVE

The artsy community of Wimberley lies between busy centres of Austin and San Antonio. Picturesque with the Blanco River running through it, you’ll want to stop at one of the excellent eateries with a large patio, like Kate’s Place, to enjoy view and vittles. Or stop into the Wimberley Cafe for a Texas-sized breakfast and super-friendly service. Your visit there will be incomplete without checking out the boot whisperer Ulli Johnston, who is said to stock more than 1,000 pairs of boots at The Wild West Store.

With miles of wide, sandy beaches, you’ll agree with Glen Campbell when he sings: ‘Galveston, oh Galveston, I still hear your sea waves crashing,’ about missing this island town.

Located on the harbour side of the island, the historic district features tours of turn-of-the-century mansions and boutique shopping in the Strand District. The gulf side’s Pleasure Pier could be described as Coney-Island-meets-Disney- Land over the water.

No trip to Galveston is complete without a stop at Gaido’s Seafood Restaurant. You’ll know you’re there when you see the car-sized crab on the roof. This belies the quality of the food and the white table cloth services. Check out Gaido’s collection of crystal pieces and the wall of fame showing presidents and other celebrities who have visited to dine there.